What if you could see the opponent’s outfit in ban/pick phase? 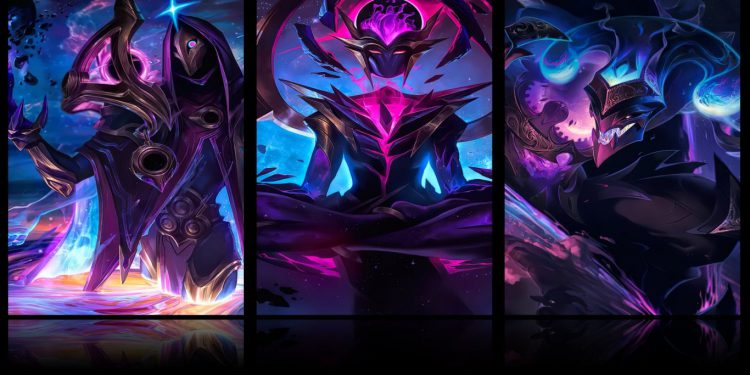 Have you ever questioned that why cant you know what skins being selected by opponents. This idea sound simply but could bring lots of advantages not only to players but also the development of the game.

Ranking match and especially ban/pick phase are always one of the most difficult time when players have to stress to think about strategies to deal with the enemy, from champions to squads.  Such try hard and tension make League of Legends become too rigid, as well as important in terms of winning.

Therefore, a player on Reddit said that instead of showing only the champions that the opponent chooses, why not always open information about the opponent’s outfit?

This is not only harmless to the game, but also indirectly brings benefits to both gamers and publishers.

Firstly, it will reduce the unnecessary stress of a mere entertainment game.  Not only that, it also helps the game and the costumes bring more meaning. Suppose when someone chooses Blood Moon Jhin, the opponent sees that, they will immediately choose another Blood Moon skin, and the match will be a lot more meaningful.  Like a Blood Moon battle for example.

Not only that, this will also help you have more opportunities to show off your skins to opponents, especially for the full skins one-champ, when you can flip through the entire skin inventory to guys  The enemy sees the “collection” of passion.

Finally, if it appears during the picks and bans in professional tournaments, it will indirectly advertise the costumes as well as the opposition between the champions such as Nightbringer Yasuo and Drawnbringer Riven .  Since then bring more revenue to Riot.

What a great idea and worth considering, aren’t you?  So what is your opinion about this, please leave a comment below. Don’t forget Like & Share buttons, Thank you so much.