When Yasuo Becomes a Rapper 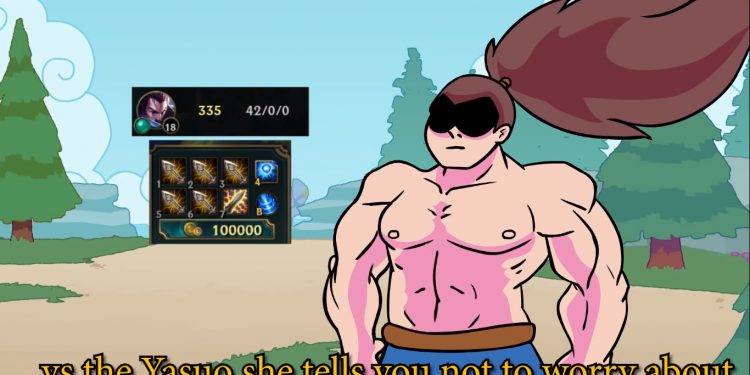 You can’t have thought of a day when Yasuo abandoned Summoner Rift to be a rapper! But “THE UNFORGIVEN” gave up everything to go by passionate music.

When Yasuo Becomes a Rapper

This story has been told in a music video made by a group of LEAGUE OF LEGENDS fans. If Yasuo did not live in hatred from his childhood and his master was not murdered…surely we would not see a sword on Summoner Rift which was a human like this:

The title song, voiced by Joseph “DJ-Jo” Feliciano, uses the voice and sound effects of Yasuo himself to tell the story that no one has ever known.

Teemo was the first to be knocked out, and the Wukong, Kayn and many other champions,…Before Yasuo faced the greatest enemy: himself!

50 Q and A: Faker told that he messaged with Teddy most in the lastest interview – Faker x Teddy

The animation drawings illustrate the story more colourful, it’s mainly meme and Easter egg. If you are sensitive, you can recognize LEAGUE OF LEGENDS Special events/playmodes that appeared in videos – including URF, Nexus Blitz and Odyssey..

In the end, Yasuo stood on a fire – symbolizing the thinking of the enemies/allies who had just gone through the match with him. But don’t get off by the intro track is pretty good too.

This is not a music video made by Riot Games, but it certainly meets the expectation of Yasuo fans – the label of LEAGUE OF LEGENDS.