Why is Wild Rift getting better skins than League of Legends? 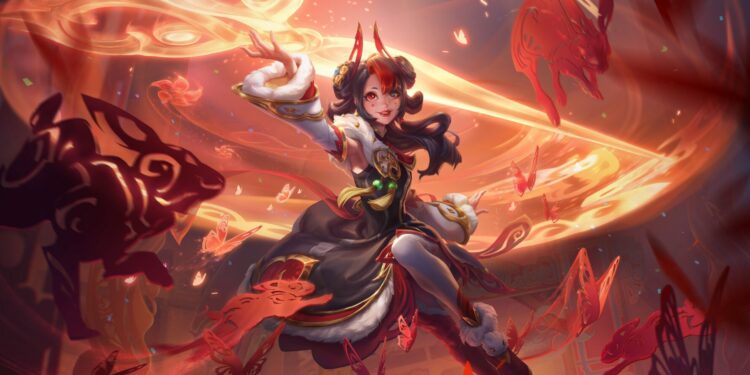 The League of Legends fanbase has been continually stumped as to why Wild Rift receives special skins that never appear in League of Legends. The communities have erupted once more with the arrival of new Mythmaker skins.

The concerns leveled about Wild Rift are not new, and they mostly surround the fact that the MOBA mobile version obtains exclusive skins. The major reason is that players believe Riot Games favors Wild Rift more and are pushing for more fairness between the two titles.

Why Wild Rift has exclusive skins?

The release of new WR skins such as PROJECT: Zeri, Mythmaker Gwen, Glorious Crimson Nami… has heightened player displeasure, with the community asking if the skins are truly exclusive to the mobile edition.

Although the assumption that because both games use the same in-game splash arts and models, it should be far easier to move LoL skins to Wild Rift than to design one from scratch makes some logic at first look, it is far from reality.

To begin, it is important to recognize that Wild Rift and League of Legends are not the same game: the material, like the gameplay, differs. The mobile version is not a straightforward “copy and paste” of the original PC version. Furthermore, the two games are administered by separate teams.

Also, Wild Rift is getting skins that don’t exist in League of Legends since the LoL and WR teams are assessing content production requests with each of these games in mind entirely. They try to find out what makes sense to the two titles’ respective target audiences, then compare their thoughts.

With shared universes in which both games have a significant interest, bringing the best to fans of both titles is becoming increasingly crucial.

According to a Rioter, producing skins in Wild Rift takes twice as long as in LoL, owing to the animations of each skin. As a result, the WR team must select its skins long before they are released. When it makes sense, they design skins for both games at the same time, but when it doesn’t, each game receives exclusives, even if just for a short time.