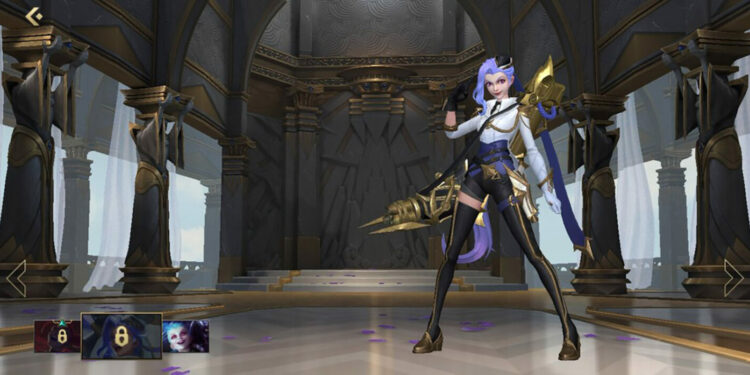 Have you reached Gold rank in Season 1 and received Glorious Tryndamere skin?

League of Legends: Wild rift ranked Season 2 will be kicked off in the next few days. And Glorious Jinx skin is the next season’s reward, which you can get after reaching Gold rank and playing at least 10 ranked matches during the season.

Wild Rift Season 1 is about to end, with only five more days left for you to achieve the Gold rank and receive the Glorious Tryndamere skin.

Similar to the PC version, Wild Rift will introduce season-by-season Glorious skins. These skins cannot be purchased anywhere, but force players to reach a required achievement in the ranked match. Once a season ends, the Glorious skin that season won’t appear in the future.

However, you will receive the Glorious skin right after reaching Gold rank since Wild Rift’s one season duration is short and players are more easily to lose their current ranks, compare with League of Legends.

As for ranked Season 2, players can receive the Glorious Jinx skin after patch 2.2 is updated. Jinx will also be unlocked for free if the player reaches Gold rank and plays all 10 ranked matches. In addition, on the occasion of patch 2.2 updates, Riot has launched the Americas server on March 29 with similar ranked rewards. Wild Rift Season 2 will kick off on April 2 at 18:00 UTC, players who haven’t have Glorious Tryndamere skin still have a chance to get it.

Glorious Jinx skin is only a small part of the huge contents updated in patch 2.2. Riot has added many important features such as  Position Preference, new ARAM game mode, champion adjustments, etc, to differentiate habits and gameplay for each player.