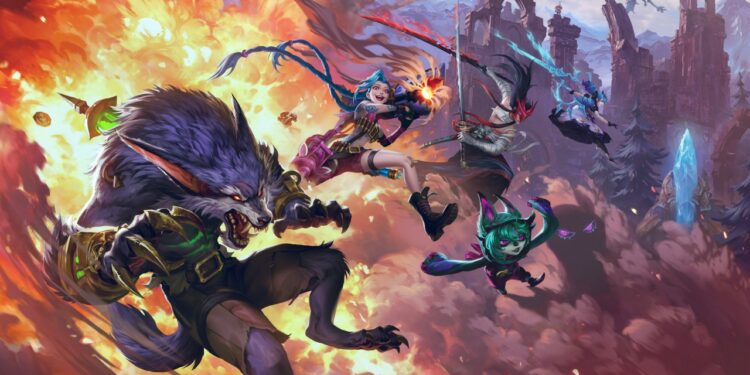 The upcoming League of Legends: Wild Rift update will be massive, as Riot Games marks the game’s second anniversary with Patch 3.4: Power Spike

Wild Rift patch 3.4 is on the road, and Riot isn’t holding back with the coming features. There are just 1 to 2 days left until the complete patch goes live, but the variety of stuff on the way is likely to make the wait worthwhile.

Yone, the Unforgotten, is Yasuo’s brother and hence plays similarly to him. Yone’s ultimate, however, instead of launching airborne, he knocks up all enemies in an area, delivering immense damage.

Gwen, the Hallowed Seamstress, is a solo lane champion who slashes down the opponent with her scissors. She does AP damage and produces an area of effect in which she becomes immune to anything beyond the area of influence.

Vex, the Gloomist, is a yordle from the mid lane. Her most valuable asset is likely her engage from her ultimate, which allows her to dash in and fear all nearby opponents if she hits the skill shot.

Warwick, Zaun’s Uncaged Wrath, is a terrifying melee jungler who specializes at hunting down low-health opponents from all across the map. Along with CC, he possesses incredible mobility skills that allow him to obtain picks and sustain to survive fights.

The new Wild Rift game mode is a 1v1 ARAM, often known as “Duel Mode,” and it is just as it sounds, allowing players to 1v1 each other.

This new game mode will be a 1vs1 combat on the ARAM map Howling Abyss.

Once you’re in the game, there are two ways to win. One possibility is the standard destroy the nexus. The other is that if a player hits a certain kill target, that player will win instantly.

Riftmaker: Grants you omnivamp and when in combat with champions you’ll gain a stack. Each stack increases the damage you deal. At max stacks the additional damage becomes true damage

Serpent’s Fang: Described as an anti-shielding AD assassin output, this item works exactly like its PC counterpart, except it is more effective for melee users and reduces both current and future shields for a short period of time

Imperial Mandate: The item gives bonus damage and marks enemies that you slow down or stop from moving. Then, allies can use the marks to do more damage and move faster

Relic Shield: Earn gold from this item to transform it into Targon’s Buckler. When a friendly champion is nearby, using an ability or attack to kill minions with health below a certain threshold costs a charge.

Killing a minion rewards you and your ally with a percentage of the kill gold and healing you. These effects recharge.

Spectral Sickle: While near an allied champion, damaging abilities and attacks against champions or structures grant gold. These effects recharge every second. Earn gold from this item to transform it into Harrowing Crescent.

Meteor Enchant: Lights up an area and summons a meteor after, dealing a percentage of each enemy’s max health as magic damage.

Protect Enchant: Makes the next heal or shield ability you use enhanced. It has no effect on item or rune heals or shields.

The Wild Pass progression and reward claiming have also been changed. Along with the Season’s Wild Pass, it also introduces Superhero Jayce, who can be unlocked if you achieve level 50 in your Wild Pass.

Finally, there are several events planned for the patch, beginning with Yone’s arrival and ending with the Supreme Cells Event in October. There will also be rewards available at the upcoming Power Spike Party.

Wild Rift patch 3.4 is set to be released on September 15, which is only one day away.