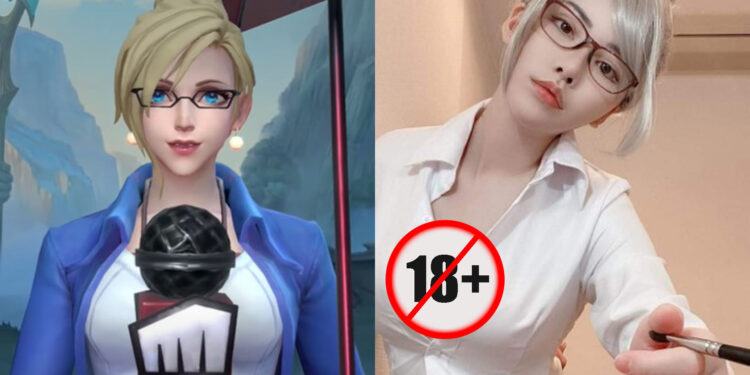 As Wild Rift players already know, the Janna Weather Forecast skin has just officially landed in League of Legends: Wild Rift not long ago in patch 2.2b with a lot of changes such as new champions or new skins.

Janna Weather Forecast is one of the most loveable skin in the PC version of League of Legends, therefore, it’s not unusual for it to be prioritized for inclusion in the mobile version.

However, interestingly enough, when the skin was released, the community of Wild Rift found that the skin has a similar appearance to the 18+ actress from Japan Eimi Fukada. Gamers even put aside these 2 photos for comparison.

Clearly that the ingame image of Janna Weather Forecast is quite similar to that of Eimi Fukada. Of course, this is just a coincidence discovered by League: Wild Rift gamers, but this has also made players of this game feel extremely excited.

Not only is this coincidence intriguing, but some Eimi Fukada fans have stated that they are ready to risk their lives in order to own the “idol” skin for use in Wild Rift. Of course, playing games with one hand can be challenging, but these players seem to be unconcerned about the experience.

League’s Arcane trailer appears for the first time on Netflix, confirming their arrival at autumn 2021