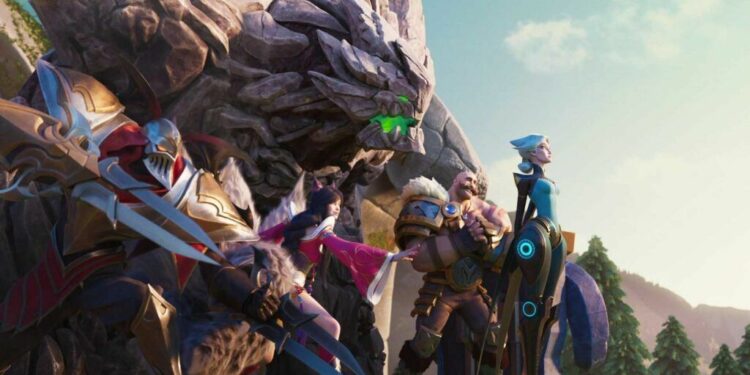 It is worth mentioning that League of Legends: Wild Rift is still in its region-limited beta phrase

Although Wild Rift, the mobile version of League of Legends has yet to launch in many countries, that does not affect the competitive esports environment that Riot has been aiming for.

The first organization to form a professional Wild Rift team was Nova Esports. Nova is a team that comes from China, where mobile games are very developed with professional tournaments for games such as Arena of Valor and PUBG Mobile.

The release of Wild Rift in China is in fact, just a matter of time as Riot Games has expressed that they are more than willing to release the game in one of the biggest countries in the world as well as one of their most important market.

The Nova team later added that they will form a team in China, while also recruiting some talent from Europe. Although the game does not yet launch officially in the two mentioned regions, getting ready early is always still a wiser move.

Similarly, Bigetron Esports and Noble Esports have announced that they are also preparing to launch their professional Wild Rift team.

Bigetron Esports is an Indonesia-based organization, one of the first countries that have been available to test Wild Rift early on both Android and iOS. Bigetron is famous for its professional teams in many mobile games such as Mobile Legends: Bang Bang, Call of Duty: Mobile, and especially PUBG Mobile.

As for Noble, this team has signed with an Indian team. It is worth noting that their members are both professional former players from League of Legends and Dota 2. However, players in India still have to wait for the game to launch officially in March 2021.

Forming a professional Wild Rift team at the moment may seem rather soon, but don’t forget that Riot is the company behind this game. They are one of the game companies that know how to boost their esports activities and are not afraid to spend money on long-term development. Riot’s first PC FPS game, VALORANT has also used to be under many suspicions and concerns but has proved that it is still continuously developing and finding its place in the world map of competitive games.