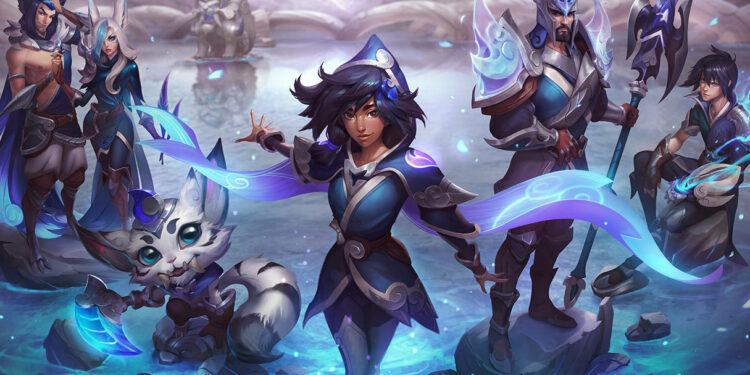 Ambition named his son after the champion Jarvan IV, the in-game character that helped him win the Championship in 2017

Kang ‘Ambition’ Chan-yong is an esports legend. He enjoyed a long career as one of the world’s best Starcraft players before moving on to League of Legends, where he won a World Championship in 2017.

The former LoL pro player has settled down and has a child since his retirement in 2018. His career, however, lives on via his child, whom he allegedly called Jarvan V.

According to a report from South Korean news portal Daily Esports, Ambition named his child as the heir of Jarvan IV, the champion Ambition picked to acquire the Worlds skin.

Since the inception of League of Legends as an esport, World Champions have always had the option of letting players selecting a Champion to receive a skin centered around their team.

With his legacy memorialized in League of Legends, he wanted to carry on that heritage of excellence by naming his kid Jarvan.

The narrative of a revered monarch giving birth to a successor bears many resemblances to Jarvan IV’s lore and given his accomplishments, there’s strong cause to do so.

Ambition calling his child Jarvan V is obviously unusual, but it also demonstrates how big of an impact League of Legends has had on the former World Champion’s life.