Yasuo ALL Roles and 3 other bad habits you MUST give up to climb up your rank! 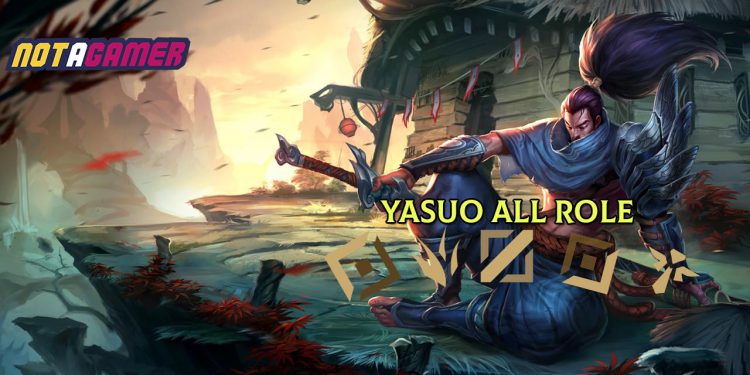 Many gamers are still obsessed with Yasuo in jungler, support role or going with AP items… especially in Bronze or Silver Rank! These are top signs showing that you’re a Brozen-GOD!

Using hate speech in every situation

People say that: “It’s inevitable to scold while playing game”, it’s true but doesn’t mean that you have the right to talk billiarsgate whenever you want to. A game with 10 people, 10 different characters and therefore if someone turn on the fire, all of them will get into an unstoppable argument. When you are busy “key-stroking”, how can you play the game well?

Only games in low-elo rank have a lot of “keyboard combats” like that. In Challenger rank, quarrels like that are very rare. Trashtalk makes the game more interesting, but don’t abuse them and change the game into “mouth-fighting” place.

You don’t care about your teammates

League of Legends after all is a team game. Although you are not able to communicate with others all the time, you still can predict their action by the ping and movement, then you can get the best choice for your next response. It’s true that the most important thing that every players have to learn to play better, not only League of Legends but also every other games, is understanding and collaborating with others.

On the contrary, if you are considering League of Legends as a fighting game or a survival game, lunge wildly into the enemies without consider where your team is… Congratulation! You’re a real Bronze-GOD! Maybe you are not in the hell elo rank but this negative way in your head should be removed out now!

For a long time Yasuo is the nightmare of League of Legends players. Everybody may has the same feeling when Yasuo appears in a game, if he is in your team, it will be 0/10 Yasuo, and conversely, when he is in other team, he will kill all your team like a GOD! Moreover, many people think that Yasuo is very strong that he can play in any roles, Support, Jungler, the role that is not suited for him. As a result, Yasuo will feed unstoppably and lead his team to an early defeat game.

Not only Yasuo, many “boy one champ”, “the best of champion A” pick their favorite champions and play in the unsuitable lane, then also make the game end faster with the defeat for their team. If you really have strong determination to climb up the rank, try to practice at least two roles, each roles three skilled champions, it helps you adaptable with every game, instead of using “creative” champions in your role and become the weight on your teammates’ shoulders.

You always think you play well

Riot Games has made a very clear ranking system. It’s not the thing for gamers to show off after the season but also a useful tool to evaluate gamer level. Therefore, there always are people who play better than you, and you need to practice frequently to improve your rank and skill. However, it’s so sad that gamers in Bronze of Silver usually praise themselves “I play very well”, “I’m the best”,… It doesn’t help improve their true skill, only makes themselves feel satisfied.

Satisfied feelings will stop people from doing better, not only in game but also in many other activities. Why do you have to practice, study when you are “the best player”, right? But “the best” is only on your own mind, with this mindset, you will never sharpen up your ability and climb up your rank!