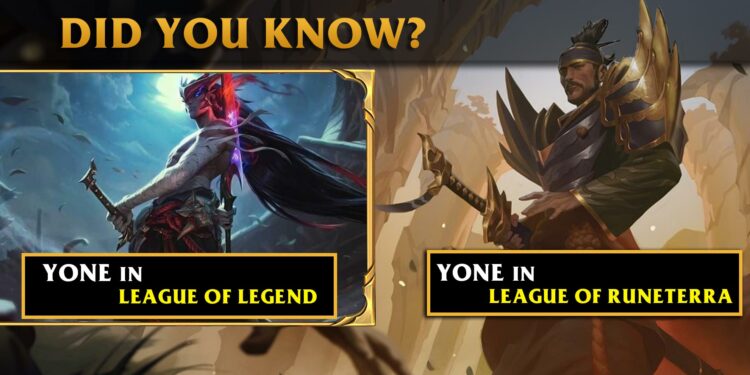 Yone has been officially comfirmed will coming to League of Legends as its 150th champion by Riot Games after the releasing of The Path, An Ionian Myth, but he had already appeared in Legend of Runeterra since November 2019, half a year ago. And his presence in Legends of Runeterra contains a lot of interesting secrets.

In Yone‘ card info, after you clicked it, it will show a quote read:

“When I was a child, I asked my brother: ‘Does the wind flee, or does it follow?’ He followed me then for guidance. I follow him now for justice.”

This is actually a trace back to Yasuo‘ short story The Road to Ruin.

When both Yasuo and Yone are on the Board, they have a lot of interactions with each other:

Some other lines of Yone when

Yone is  Yasuo‘s older half-brother who was killed by Yasuo himself in a duel.

Their special interactions upon the other’s arrival in the game may actually be from their last conversation.

His card’s artwork depicts him in his final encounter with his brother.

Yasuo is featured in the background.