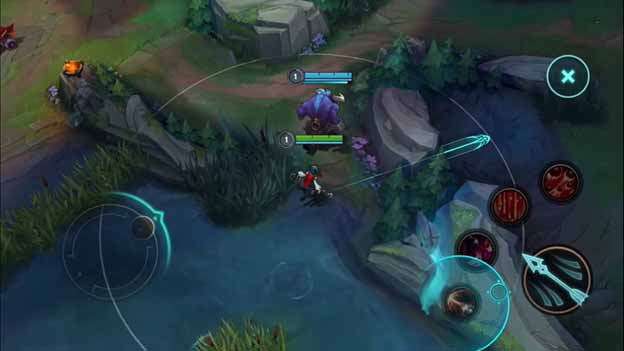 League of Legends: Wild Rift still receives great attention from the gaming community, even when Riot Games released the latest video on the development process of this product.

Meanwhile, Legends of Runeterra and Teamfight Tactics Mobile have launched. Riot Games representatives also told gamers that from now until the end of the year, there will be no more information about this game, which also means that no alpha test version will be available to players from now until the end 2020.

Brian also explained the reason for delaying the release date due to the need to improve many factors that will be added to this game and adjust the skill system of League of Legends: Wild Rift with the original version. As such, it is likely that the previously installed installers will be canceled, as Riot feels it is not suitable for the situation.

First of all, in this public news, Brian said that the League of Legends mobile game is currently in a state of constant adjustment to the game’s operability, so it takes a lot of time, but still not having optimal operating experience.

How to keep the full value of League of Legends, but still having to move to a mobile platform smoothly and fit the touch screen, is a big challenge for the development department. This element can not be solved in an early, so League of Legends: Wild Rift must be postponed. Because the manipulation of the mouse, keyboard on the PC and swiping the touch screen are different, some of the general manipulation operations will also need to be adjusted as some internal skills will switch to active …

In short, it is very difficult for Riot at this time how to transfer the entire contents of LoL to LoL: Wild Rift, so not sure about the launch date of this game is also understandable, even, the session The Alpha test, scheduled for May 31, will likely be canceled.

Perhaps due to the understanding that players around the world will be somewhat impatient, Riot Games launched the Teamfight Tactics early and unexpectedly. Gamers can download Teamfight Tactics Mobile according to the instructions of the article below!