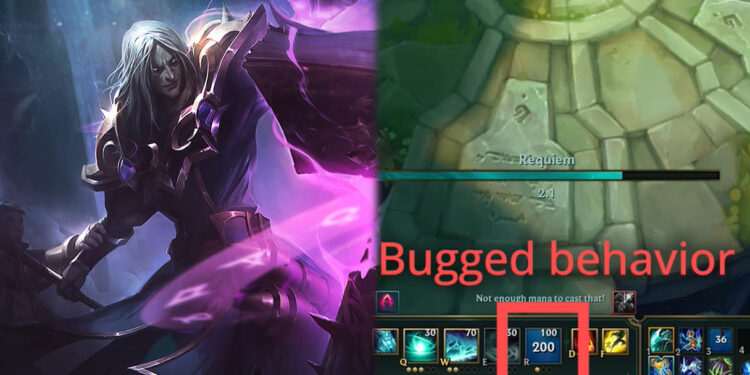 One League of Legends bug that has been around for 6 years, has been identified once more, causing skills to have an unusually extended cooldown, notably owing to the ability hate.

Skills are one essential part of every aspect of every champion in League of Legends; and besides, the primary feature of the game would not exist without them. Skills and abilities are also a way to differ champions from champions and make them unique characters.

The ability to utilize abilities is what distinguishes champions, which is important in a game like League of Legends, which has over 140 characters, or champions, to choose from.

With the skills themselves being so well designed, any change to the cooldowns immediately makes the game less pleasant.

A bug that makes ability cooldowns longer than usual

The bug was rediscovered again by a Youtuber named League of Poro. According to the video, the bug has been around in the game for around 6 years now, and now, it allows Ability Haste to not operate correctly upon respawning.

Ability Haste will not appropriately apply if a player casts a skill correctly right after respawning. That is, regardless of how much Ability Haste a player has, any skill that is performed afterward will be made to wait for its normal cooldown length.

This is a major concern for champions with ult which have the great potential to change the game from a long distance, like Karthus, Shen, Jinx, Ashe,… and many other who has global ult.

Bugs like this may have a significant influence on the game, especially when both of the teams are in intense combat at the end of the game. We all hope that Riot will fix this issue sooner or later.