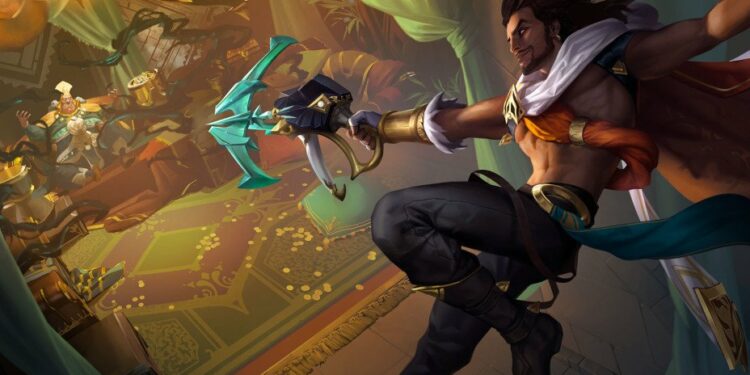 Akshan is still struggling to improve his win rates following his release, and Riot has introduced another micropatch to assist him.

This 156th champion is significantly weaker than any others, making his debut about a week ago quite rough, resulting in some very poor win rates.

While the champion is being played in three separate roles, all of them are performing below the predicted win rate for a new champion. Riot issued a buff just one day after his release to help alter this. However, it was not enough. Riot has prepared another micropatch to help increase his win rates yet more.

Akshan is receiving another buff

Riot is increasing his attack speed per level from 2.5% to 4% in an attempt to improve the mid laner’s effect. At higher levels, his Avengerang’s (Q) damage to minions increases from 40 to 70% to 40 to 90%.

Akshan appears to be a good mid-game champion if he can snowball a lead from the laning phase. His late game, on the other hand, appears to be very weak, as he can hardly wave clear or get onto the enemies without being killed. These buffs will ultimately help him in the late game with better wave clear.

A low win rate early on is not unusual for a new champion like him, but the stats appear to be a little too low for Riot’s liking. While the developers hoped for a 2% improvement in his win rate, he appears to be failing. Nonetheless, Akshan’s win rate should increase over time now Riot has decided to buff him once again in the next micropatch.