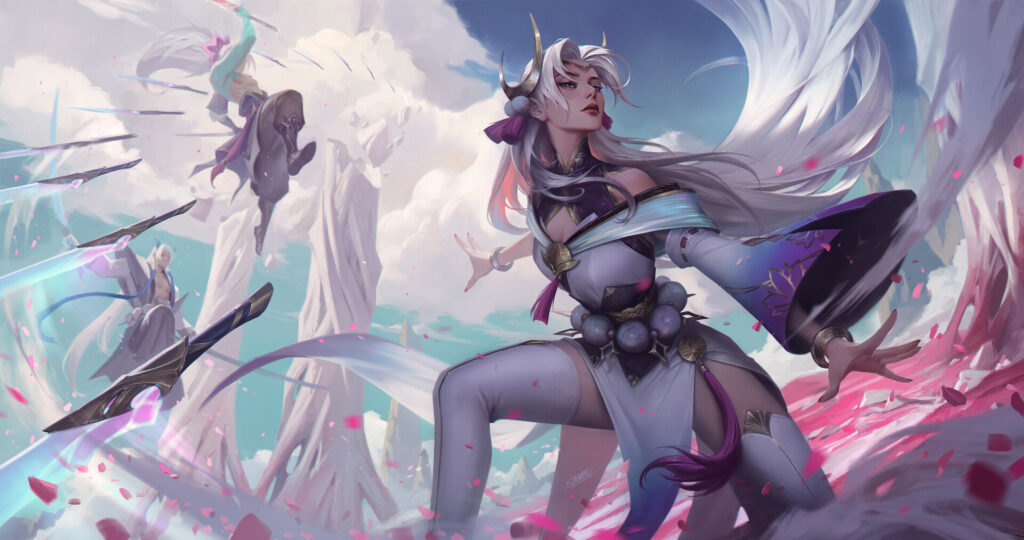 The brand-new Spirit Blossom trailer for League of Legends served as the official introduction to the upcoming, eponymous event that will debut with patch 12.19. Like Arcane the year before, Worlds 2022 will be honored during this tournament.

Due to Riot Games’ lack of information, fans have been quite curious to hear about the different champions who received skins during the event. Fortunately, as soon as the teaser was released, the community jumped in to search for Easter eggs.

One of the most important and well-liked events in League of Legends is Spirit Blossom. Riot Games has been unable to repeat the popularity of its prior iteration, which debuted in 2020. As a result, there are a lot of hype and expectations around this event, and its return has been anticipated for a while.

Before continuing, it is crucial to make clear that Sett is the main champion who was the subject of the trailer. League of Legends stated that Spirit Blossom 2022 will center on Sett’s journey, saying that it was not an Easter egg or anything of the sort.

The teaser offers some hints about the people he will encounter along the way, though.

Players will witness Sett traverse a small body of water in the Spirit Blossom 2022 teaser. When Sett stands on the puddle, the moon breaks into two crescent forms after first simply reflecting it.

This has a clear relationship between Aphelios and his sister Alune, who is related to the Lunari, or moon-followers. The larger reason it could be related to Aphelios is that the Crescendum, one of the champion’s weapons, likewise features two crescent-shaped blades.

As soon as Sett enters the large garden, the teaser for these two champions is given. Players who pay close attention will notice a large axe with a demonic face on the right and what appears to be a purple staff on the left. Since Darius prefers to use an axe and may be the only champion in the game to do so, the axe is directly associated with him.

A purple shovel is the second significant Easter egg in the same image, situated directly in front of the shrine. The shovel might be tied to a champion who is associated with the same dead since it is a shrine where people pray for the deceased. The only Champion match with a shovel is Yorick.

In addition, Yorick has not received a new skin in a very long time, increasing the likelihood that this prediction will come true.

When Sett is walking through a pitch-black forest in the trailer, a pair of eyes suddenly materialize from nowhere. Although the champion cannot be determined by the eyes, several assumptions can be made.

The way the eyes were displayed indicates that a demon exists. Fiddlesticks, Nocturne, and Evelynn are the only demons in the League of Legends realm, though.

Both Nocturne and Fiddlesticks already have skins that feature Star Guardian and have Elder Wood similar esthetics. Therefore, even though it could change, there is a good likelihood that this is Evelynn’s skin.

If players pay great attention to the most recent Spirit Blossom 2022 video, they will notice that a Yordle champion was also hinted at while Sett was on his quest. Sadly, only the champion’s backside was visible, but it is clear that this Yordle is none other than Tristana.

This is due to the fact that Lulu, Vex, or Poppy’s artwork does not complement the other three. In addition, Teemo already has a Spirit Blossom skin from the 2020 event, thus there is just one champion left in the whole game.

In the teaser, there is a moment when Sett is seen standing next to a waterfall and helping another person draw and sheathe a blade. Given that there are only three champions in the game who wield swords solely, this is definitely skin for Master Yi.

In the Spirit Blossom clip, this Easter egg stands out the most. Players who pay close attention will notice that the trailer briefly features a woman with long hair and three rotating white orbs.

Unfortunately, there is only one champion in the game who possesses this trait, and without a doubt, that champion is none other than Syndra.