Arcane: Fans believe Orianna might be Singed’s daughter because of this small detail 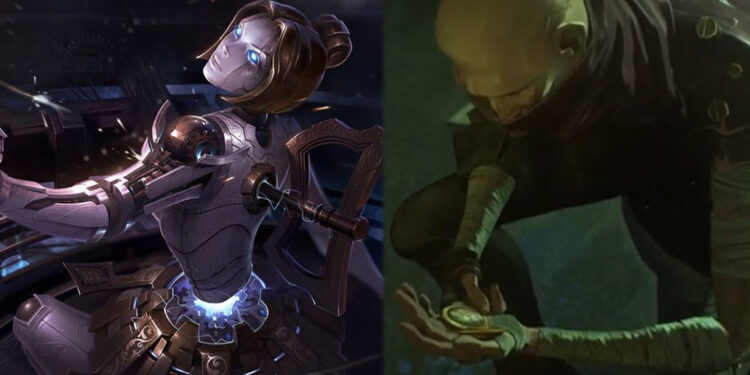 The first season of Arcane has concluded, and fans are frantically examining every detail in the hopes of uncovering hidden stories and indications about the show’s future seasons. One of the most important is on Singed and his ostensibly murdered daughter, who might potentially be Orianna.

After serving as a supporting character in the first two acts, Singed takes on a larger role in the third act. He mentioned in the third act having a daughter, and he can be seen holding a locket with an image of a small girl in the last minutes of the show. Fans speculate that the glimpse of Singed’s daughter could be showing Orianna’s backstory for Arcane season 2.

According to her Champion bio, Orianna’s father was a gifted artificer named Corin Reveck who produced prosthetic limbs in Piltover. After a Zaunite mine collapses. Orianna ignores her father’s orders and walks down into the mine to help civilians. The toxic fumes then damage her organ permanently and her father has to create new mechanical organs for her, gradually replacing her biological components until just her heart remains.

Soon after, Orianna’s father becomes unwell and requires a heart transplant. Orianna donates her own heart in order to save her father’s life and transforms into a totally mechanical being.

Singed’s true name has not yet been revealed in Arcane, however, he is known to have been involved with the Piltover academy in the past, as evidenced by his statement of parting ways with Heimerdinger. It’s likely that Singed’s use of mechanical devices to prolong Orianna’s life, or his experimentation with alternative ways to prolong her life, caused him to fall out with the academy.

As in the past, Viktor assists Singed in the care of Rio, a lizard-like creature resembling an axolotl. Rio is an anagram of Ori, the short form of Orianna’s name that League of Legends fans frequently use. It’s possible that if Singed had lost his daughter, he would have renamed a cherished pet after her in his search for a means to bring her back to life organically.

For now, we don’t know for sure if the theory is actually true or not. It’s not as certain as Vander becoming Warwick but nothing in the lore that prevents Singed from being Orianna’s father in the upcoming season of Arcane.