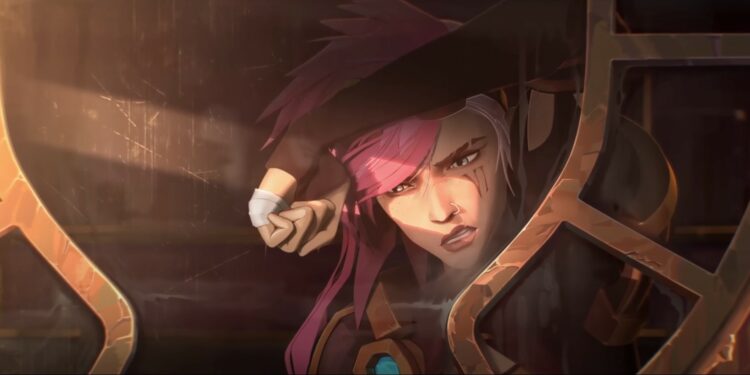 Riot shared a testing animation for Arcane from 2015, depicting Vi and Jayce in a “prehistoric” combat, and fans were blown away

Riot Games’ and Netflix’s animated series Arcane have had a significant influence on League of Legends fans all around the world ever since the start and conclusion of season 1.

Players can now witness all of the hard work that went into it as Riot goes inside the Arcane preparation process as part of their Bridging the Rift documentary series.

Test video from as far back as 2015 was used to actually promote the game’s first deep-dive series — a type of product Riot had not before considered.

Rioters describe the difficulties of creating the Netflix series: “There have been enough video games where the crowd requests a movie or show, and it sucks.” So, guess what? People have stopped asking.”

During the show’s construction, most of Riot’s cinematics were essentially video game battle scenes, with minimal context and a focus on the continuous fighting scenes

As a result, it’s no surprise that the 2015 test animation starring Vi and Jayce, two of Arcane’s main characters, had an explosive brawl. Vi and Jayce seem very different in the short film than they do in the finished piece.

When compared to the actual product, the high-quality animation has truly helped Arcane market their concept – demonstrating their extraordinary levels of devotion to investors. Fans reacted well to the Arcane’s redesigns, with many praising them.

Riot’s resounding success in executing their mission of providing a deep dive into the universe of League of Legends is reflected in the community’s responses to the teaser, and there’s even more to expect with Season 2 in the works.