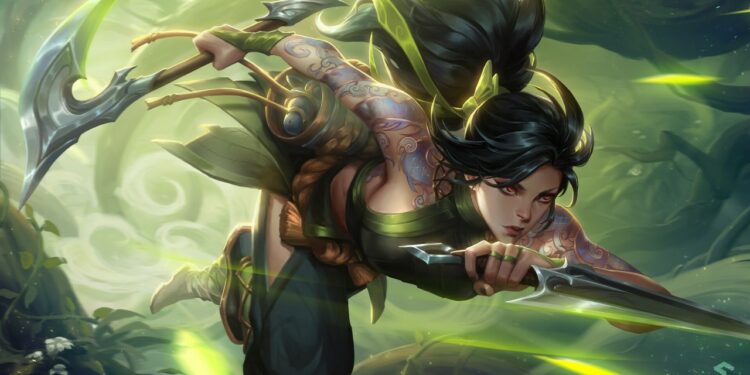 Season 11 will start with big changes for Assassin items.

“Preseason 2021 is a time where anybody can one-shot anyone else” – This might be a fact that most of us have recognized since the beginning of Patch 10.23. The complete overhaul of the item system may have done a little too much on the total damage output of the items, especially for assassin items since they have been ruling the meta stronger than ever.

Especially for AP and AD Assassin Mythics like Night Harvester, Hextech Rocketbelt, or Duskblade of Darktharr and Eclipse. Compare to other Mythic items, these Assassin cores are just having too much damage and special effect overall.

This creates a meta in which Assasins have completely taken over mid-lane, thus lower the duration of all matches a lot due to heavy snowballing and faster laning phase compares to before the Preseason took place. Riot Games, of course, have already noticed the problem as they nerfed the AP Assassin items in Patch 10.25 to lower the “empire” of Fizz and Akali at mid lane.

However, these changes still didn’t reach the targeted goal which they aimed for. Later earlier, Mark Yetter – The lead gameplay designer of League of Legends announced more changes for AD Assassin items coming in Patch 11.1.

Among all the assassin items, the Duskblade of Darktharr will be receiving quite a big nerf on its passive damage in exchange for a small compensate of bonus AD. This can help lower the potential to completely dominate the game after finished your first Mythic item, thus, create a healthier and more balanced gameplay for mid-to-late game champions and for ADCs.

Other Bruiser items like Goredrinker, Stridebreaker, and Trinity Force are adjusted as well, while Hextech Rocketbelt and Night Harvester continue to receive more nerfs after Patch 10.25.

While nerfs on assassin items and bruiser items are aimed for more late-game potential, players still have many things to discuss the current meta as League of Legends is a complicated game with some smallest changes can shift the meta entirely. A hotfix of Patch 10.25b will also come out this week, you can read more about it here.

What do you think about these changes? Leave a comment and let us know!