Best playstyles for Solo lane in the current meta 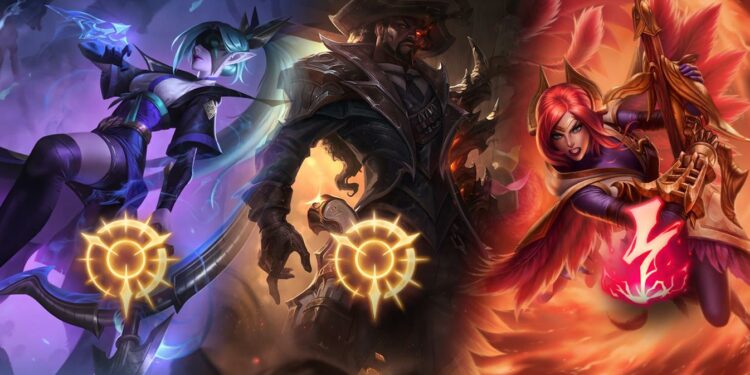 These solo lane playstyles are extremely popular in Preseason 2021.

In the current meta, as everything remains in chaos, many players have been trying out new playstyles and build that proved to be super good and effective. These playstyles are mostly used in Solo lane: Top or Mid lane. So, what are the new playstyles we mentioned?

Just like how The Shy invented Top lane Vayne or Lucian, Kalista, more and more players are using these champions in the solo lane to dominate their matches by early lane pressure and solo kill.

Lucian running Press the Attack is perhaps the most noticeable champion for this playstyle. By rushing Kraken Slayer, Lucian can further utilize damage from his passive and auto attacks, allows him to create huge lane pressure on his opponents. As he can out-trade 80% of his matchups early-on, he can thus roam into the enemy’s jungle and create more pressure and snowball the game even better.

Not just Lucian, Quinn, Tristana, or even Vayne can be picked for the solo lane. The biggest strength of this playstyle is early game advantages and the ability to scale more effectively than the rest of the map. Played well, these champions can single-handedly carry a whole match without needing any help. They can dominate their lane, get early solo kills, and farm better than any others.

The biggest weakness is the lack of role diversity they provide for the team. ADC top means no Tank, Bruiser, or any form of frontier champions for the team, while ADC mid means no reliable source of AP damage. Moreover, if they can’t utilize their early advantage well enough or if they play too bad that they get behind since ADCs are very vulnerable to ganks, they can’t really do much for your team. No items, no damage, no utility, ADCs solo lane is a big gamble for your team.

“How can you kill me?” playstyle

By picking Malphite Mid or Kayn, Sylas, Olaf solo lane, they are simply stating: “How can you kill me?”. By simply staying alive and farm in lanes, these picks became extremely popular with the safeties and sustainability they provide for the team. If ADCs solo lane is a bet, these picks are the bet that you know you are going to win anyway.

Remember that period of time when Malphite with Sunfire Aegis can solo kill you in Mid lane, yes, we are talking about that right now. With Kayn/ Olaf + Goredrinker or, these players have only one job: staying alive and farm in their lane. While they scale extremely well, nothing can really stop them from farming.

With the release of Preseason 2021, the rise of Assassins started. Items like Night Harvester, Lich Bane or Duskblade of Darktharr have become too good to compare with. Lower price, better stats and damage, that’s explained the golden era of Assassins right now.

Ekko, Fizz, Akali, has been ruling Mid lane with Night Harvester + Lich Bane, a combo that helps you blow more than half the health bar of any squishies in just an instance. While Katarina, on the other hand, found her place on the meta by building AD items. Zed, Talon will also destroy your champion in just the blink of an eye with Darktharr and countless Assasin items that are currently overperforming any others.

Assassins are simply just too good at the moment when the Preseason changes seem to have favored them too much that even the nerfs in Patch 10.25 could not stop them from continues dominate their matches.