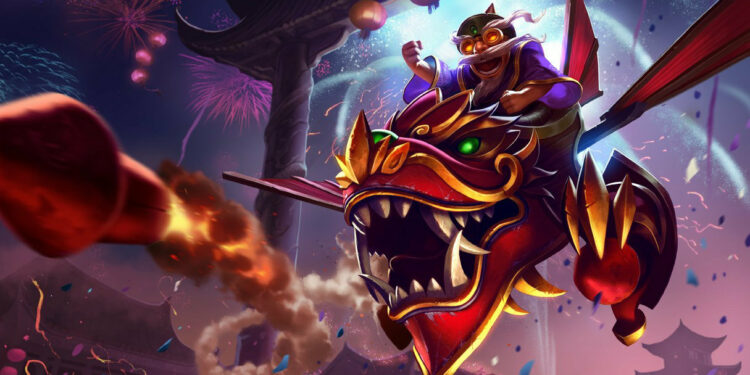 Patch 12.14 introduced a significant meta change. A lot of overtuned stuff were nerfed, and some other compositions got their opportunity to shine this patch.

The AD scaling per star level from auto attacks was modified, and it was reduced from 80 to 50. The patch also added huge AP bonuses to the Morellonomicon and Mirage sub-traits, as well as buffs to legendary dragons like Aurelion Sol and Shyvana.

Corki Cannoneer is the most consistent of the top comps which have dominated since the introduction of TFT Dragonlands. This is a normal 4-cost carry comp focusing around Corki. You have a lot of damage from Revel and Cannoneer, as well as the solo-tank unit Idas. Idas received a two-star buff in Patch 12.14, making the dragon a better solo frontline.

This comp is centered on the 6 Jade trait and includes Shi Oh Yu, Neeko, and Anivia as the AD Carry, tank, and AP Carry.  Shi Oh Yu is the main carry in this comp, and he uses powerful AD items. Since the introduction of Dragonlands, Jade has been a powerful TFT comp. Its usefulness dipped significantly during Patch 12.13, but it returns strong in Patch 12.14 with AP enhancements and an additional 10% attack speed at six Jade.

Mages have returned, and they are more powerful than ever! Mages are primed to rule the meta with patch 12.14. This team comp features Ryze as the main Mage carry and Sylas as the primary tank up front. Other powerful solo units, such as Illaoi, Zoe, and Bard, will give you the utility you need to get your primary carry to start shooting his Orbs until the opposing board is cleared.

There’s no doubt that Sy’fen is one of the most reliable carry in the game as her ability to charge and one-shot almost any units. This team mostly utilizes Whispers, with Sy’fen serving as the primary carry. Neeko is an excellent frontline unit, and because Pyke is one of the strongest late game Whispers units, we also have Talon to give Assassin. Talon also gives bonus AD to the whole team, which makes Sy’fen even stronger. Sy’fen, along with Elise carry, is another variation of this that may be put into.

Mirage comps have been a popular composition but have never achieved top-tier status. Patch 12.14 improved the sub-traits Executioner and Spellsword. Spellsword was already a good Daeja main carry sub-trait, and it just became better. Yone three-star can also contribute with the Executioner sub-trait or Duelist. Six Mirage is the best choice here. In addition, players can operate either Cavalier or Guardian as their frontlines.