Big Changes to Items For Several Roles Coming in Season 11 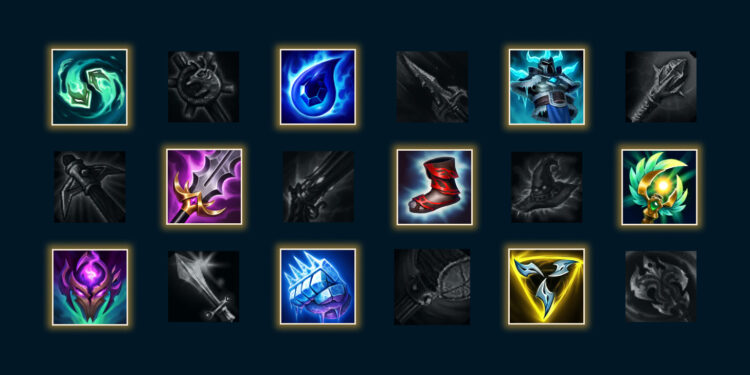 As with any season, the time for the ending of the League of Legends season 10 is coming near, and Riot is rolling out a massive tentative change list done to items and Cooldown Reduction and other stats to bring a fresh experience to players in LOL Season 11.

What changes will LOL Season 11 make?

A colossal assortment of items adjustment

Riot will bring forth a very pivotal turning point to the jungle meta by one big modification of the jungle item. Much like the combination of the Sightstone item and the gold income item into a single evolving support item that we see today, the jungle starting item will automatically transform into a fully-fledged enchantment item, such as the Stalker’s Blade.

This change is expected to save junglers lots of time going back to base just to upgrade the jungle item to improve their clearing capability. Also, junglers will have earlier access to the Chilling/ Challenging Smite to improve their chasing and dueling potential.

Marksman items will receive some love from Riot as well. Currently, they are suffering from building the same set of items over and over again, such as Infinity Edge and some critical strike chance items, and maybe a Manamune for a change or some sort of defensive items, but overall the freedom of choices are almost nonexistent. Therefore, Riot is addressing this in this system overhaul by adding more items for ADC, including “an AD armor item”, “more spellcaster marksmen options” (think of someone like Ezreal, though we think that he should be gutted to oblivion), and more.

Another marksmen problem is that they are excessively dependent on the protection (also the competence) of their team for them to be able to dish out those juicy DPS to win team fight, so this system overhaul will introduce several options that help those glass cannons to survive without lots of babysitting, though it might come with the cost of losing some DPS compared with a 100% aggressive build.

Alongside those changes, Riot also wishes to shift the power spike a bit more early than the traditional “late-game carry” power jump, so marksmen can be functional in this quick meta.

The current issue with most mages, especially artillery mages (Syndra, Xerath,…) is how they always have to rush for that one item most of the time, and it is always Lost Chapter. It provides a hefty amount of mana to supplant their higher than average mana consumption and some ability power for higher damage and better wave clear. It has become a must build component item in most of the games, if not all of the games for artillery mages.

Riot is going to address this tedious gameplay pattern by adding items specialized for artillery mages, adding effects for the subclass. We assume that the effects will be something either related to their range, like increasing the damage based on the distance the spell traveled, or adding crowd controls to their kits, like Rylai’s Crystal Scepter but will be more potent at a longer range.

Being an amalgamation between a mage and a bruiser, AP fighters only contains a few champions, the few notable ones being Sylas, Cho’Gath, and Galio, therefore they suffer from the void of unique itemization. Riot plans to introduce more new item sets for this subclass, such as different starting/ early items, hybrid, and manaless items so they feel more distinct from mages. Also, Riot stated that they would make it smoother for AP Fighters to transition into either tank or full AP itemization if the situation calls for it.

It is expected that the company behind League of Legends will introduce AP version of Sterak’s Gage, Black Cleaver and Death’s Dance to support AP Fighters.

On AP Assassins, they have many good first buys, such as Protobelt and Gunblade, but later in the game it is kind of difficult to choose suitable build paths since they generally want more damage but Deathcap and Voidstaff do not seem to go with their play style. Riot will create more AP assassin versions of these two aforementioned purchases so that AP assassins like Akali and Diana can function better late game.

The current problem with tanks is that they lack proper build paths for a myriad of role they have to fill depending on how the game goes, such as protecting a vulnerable carry, hard engaging and split pushing.

Tanks definitely require more utility options in their itemization besides items that further beef their toughness in the fray. In addition, the magic resist items have been panned for a while now, either too effective or too useless. Furthermore, tanks also lack capstone items like Infinity Edge or Deathcap, so all these problems will be addressed by Riot next season.

By now enchanter support players are probably getting tired of building the same Forbidden Idol items every game (Ardent Censer, Redemption, Mikael’s Crucible and Shurima’s Reverie) alongside with the Sightstone (you should quit the game if you do not build this as a support or sell it by the late game).

Somehow Riot thinks the high amount of active items is the problem. We agree with them that some Forbidden Idol items are simply too powerful; however. Redemption is a must every game, and most supports of this type generally rush Ardent Censer as their second item, aside from their gold income gig.

It is expected that, much like other classes and subclasses, Enchanter Supports are to receive more builds option, while stuff like Redemption and Ardent Censer will have to undergo some adjustments to make them less prominent.