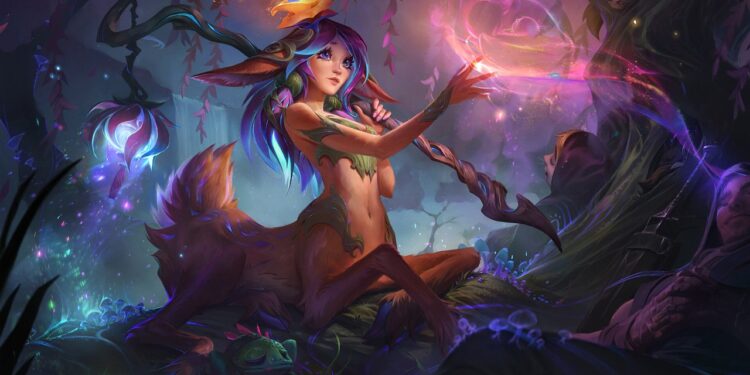 After a mini rework, Lilia now has a relatively stronger laning ability than ever before.

In patch 11.14, Riot Games gave some updates to Lilia and Irelia, when their skills were completely adjusted and upgraded. About Lilia, after that rework, she no longer has to play with jungle monsters in the first minutes. Even pro players like Showmaker or Lava have recently discovered her power in laning.

The spotlight of that mini rework lies on the new healing mechanism of her passive. She now can heal some HP when using skills on champions or monsters. Her Q already has additional MS, combining with this healing ability, Lilia has become a nightmare of melee champions having low mobility. She can both kite and heal at a time, sounds OP, doesn’t it?

Throughout recent patches, we can easily figure out that bruisers and melee assassins have taken popularity in solo lanes. Meanwhile, “new” Lilia has huge advantages when facing them, so she will be an “annoying” counterpick for the top lane, and sometimes mid lane.

Furthermore, her kit’s AP ratio was also buffed, but the amount of MS from Q was the contrary, so “new” Lilia has to farm a lot to reach her full power. However, champions specializing in 1v1 like Lee Sin or Xin Zhao are lately dominating the jungle. As a result, she will have an extremely difficult early game and lose the whole match quickly.

On the other hand, solo-lane Lilia does not have to experience that horrible first minutes. Thanks to her impressive mobility, she can harass her enemy laner comfortably and avoid approaches or ganks. She even can heal herself after trades, so staying in lane does not seem to be so hard for her.