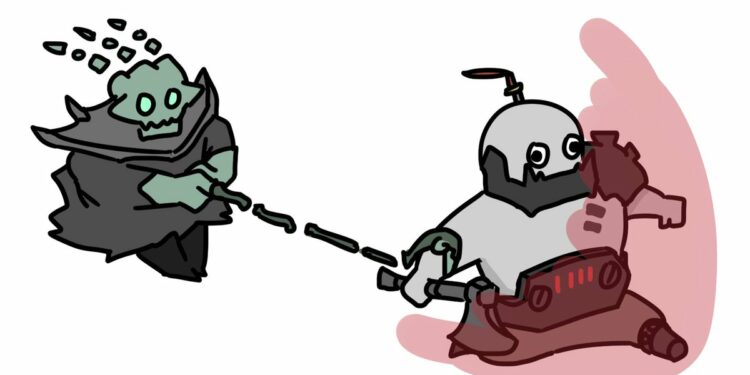 Feeling it is hard for you to hook accurately with Thresh? There is a solution: hook on a minion then push it to the enemy!

After many changes in Items, Marksman class Champions are quite weak at the moment, in spite of the efforts to buff them in the latest patches. This lead to a fact that Mages and Warriors appear on Bot Lane more often, for example, Soraka – Yuumi, Poppy – Anivia. And now, we have Thresh and Sion on Bot Lane.

A Redditor – u/Booligan7 posted a video playing Thresh with Sion on Bot Lane. His friend intentionally hit a minion with his Death Sentence (Q), then Sion push the minion away with Roar of Slayer (E) and Thresh will follow the minion dive into enemy Champions.

There is not any special build for this duo, however, we recommend Lethality Sion with normal Support Thresh. The reason is that they are both tanky enough and have many CC to deal with high damage ADC from the enemy team, just need more damage in order to kill the opponents. It is only essential to practice your teamwork and timing.

Other broken builds with Sion is Senna, you can make great combo Rooting both ADC and Support of the enemy team, or Lee Sin can be a good choice too, you can create some fancy ‘Insec’.