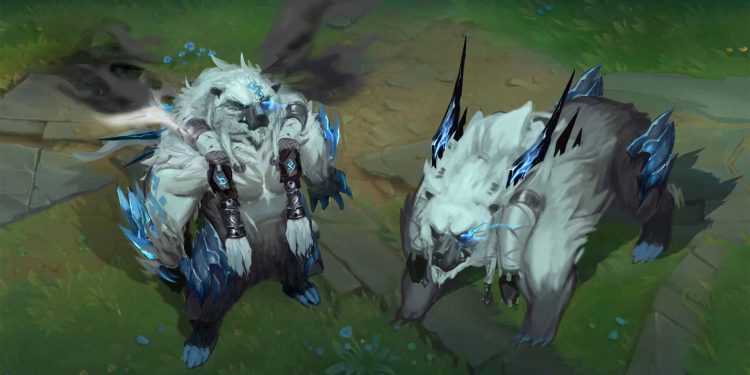 The chilling dialogue about the Freljord is likely to be linked to Volibear.

Voice lines LoL – A few hours ago, a Reddit account called RiotLeaks suddenly posted a 1-minute mysterious video with extremely confusing voice lines. This could be a cut-off in a complete video called “The Guide” or the Instruction being made by Riot. It immediately caused a stir and sparked controversy over whose voice the clip belongs to, what does it have to do with League of Legends and upcoming events?

After this video was posted on Reddit, many people argued that it was Pantheon’s voice, some thought it was Braum’s, Udyr’s or some Legendary skin. Another opinion is that these are all references to the reworked Volibear, the rework project after Fiddlesticks.

The first is about the voice in the video, there are 2 current champions possess the most similar voice with the above clip is Braum and Pantheon. And the voice lines in the video mentions the brutality of the Freljord battles, most likely this idea is rejected and we have a candidate, Braum.

Braum in League of Legends has always been described as a champion of fun, loving cute Poro and helping people. However, the dialogue in the video above is sad, telling stories about the bloody war past, which does not fit the personality of this champion.

No matter who this voice is, let’s talk a little about the content of the video. Those voice lines are mostly about the war, about the storms in the Freljord, but according to the story, Volibear is a demigod representing both of these. From the above we can deduce that the video above is a story of an old soldier who has experienced many wars, not really the voice of a specific champion but only the narrative.

It is possible that these lines will appear in the trailer video of Volibear remake, remembering that Ornn once released a hymn to honor the god of the blacksmith. Now the god of war and destruction as remake of Volibear, it was understandable to be introduced from the memory of an old soldier with such a sad rhythm.