Dominate the Jungle with Elise Press The Attacks 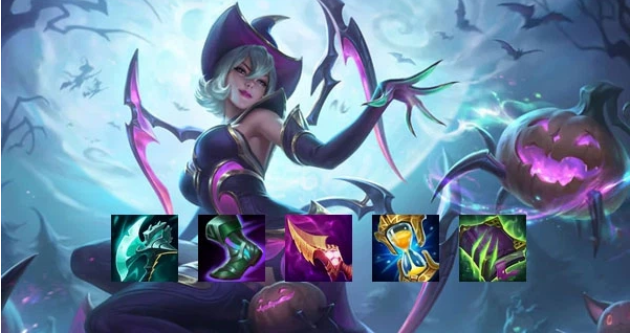 Season 11 updates have made Elise better-suited with Press the Attack instead of Electrocute.

Elise has long been a famous champion with the ability to early ganking and dive towers extremely in the early stage. Therefore, the most suitable runes that can provide quick burst damage such as Electrocute has been attached to Elise for quite a long time. However, things changed in season 11 since many Korean players switched to Elise Press the Attack. So what caused the Spider Queen to change her gameplay? Let’s find out.

First, in patch 10.23, Riot Games added the ability to apply on-hit effects to Elise’s spider form Q. This makes Press the Attack on Elise trigger extremely fast when transformed into spider form. Since then, players have been gradually switching to Press the Attack for this champion.

This new gameplay of Elise enables her to possess an extremely good amount of sustained damage while in spider form. Even if the enemy dodges the Cocoon in her human form, she can still approach and attack the enemy champion effectively with this new build. This makes her more capable of solo, invading, and not too reliant on ganking as before.

On the other hand, if Press the Attack is activated, the enemy champion will take extra damage from all damage sources, including Elise’s baby spider units. With such overwhelming numbers of spiders, the Spider Queen and her little spiders can easily take down the enemy jungler. Press the Attack also increases damage considerably from her teammates during her ganks.

In terms of Press the Attack guide, you should take damage-boosting points in the Precision branch including Legend: Alacrity, Coup de Grace. As for the Domination sub-branch, Cheap Shot is best for the Spider Queen as it interacts well with the Cocoon. You can choose Ravenous Hunter to increase your recovery when jungling or Relentless Hunter if you want to move faster all over the map.

For the item build, Press the Attack build path will choose Emberknife instead of Hailblade as the starter item. This was because Challenging Smite would provide Elise with extremely good dueling abilities. Combined with Press the Attack, she will really become a “monster” when she plunges into 1v1 battles in the jungle.

The Mythic item you should aim for is Night Harvester as it gives Elise all the stats the champion needs such as AP, health, ability cooldowns, and movement speed. In the second item, players can safely play with Zhonya’s Hourglass. If you want to increase the damage, the Nashor Tooth is an extremely good item. After that, the items that tend to protect yourself or counter your opponents like Banshee’s Veil, Morellomicon are very suitable for her.