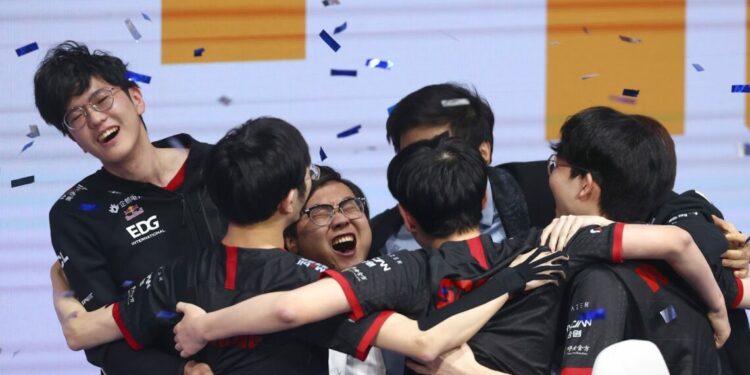 A new champion for the 2021 League of Legends World Championship was crowned. After a thrilling five-game series, Edward Gaming of the LPL emerged victorious with a score of 3-2, defeating the defending champion DWG KIA.

Even though Worlds has only just ended, the EDG players made it apparent at the post-finals press conference that they’ve already started thinking about which champions they’d like to have their own special skin for.

Every year, each of the members who played in the Finals of the winning team of Worlds is granted their own special champion skin. The skins are always based on the team in some way, thus this year’s will be customized with EDG’s own style.

Li ‘Flandre’ Xuan-Jun, Zhao ‘Jiejie’ Li-Jie, Lee ‘Scout’ Ye-chan, Park ‘Viper’ Do-hyeon, and Tian ‘Meiko’ Ye will each be able to choose a champion that represents their win. But with which champions do the EDG players choose?

Upon the press conference after Worlds have ended, EDG was interviewed about this year’s skin, they don’t appear to have made up their minds on who will be their final champion just yet. When asked which champion they would like for skin, here are all the skins that cover each members’ choice based on the interview:

With a wide variety of champions to pick, we are excited to see what this year Worlds skin will be.