Enchanter Smite Top to be nerfed in patch 12.4 with adjustments to Support items 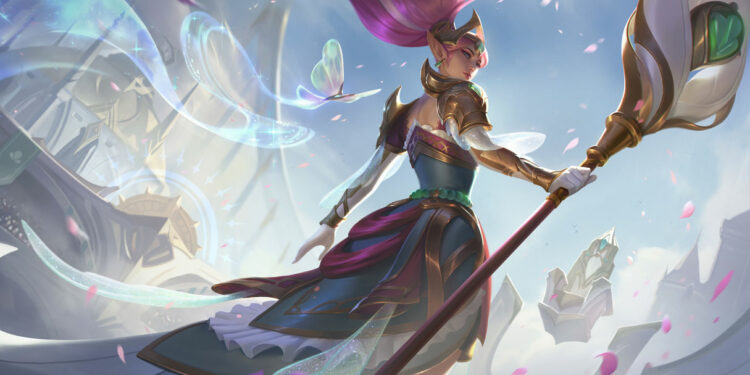 Janna dominance in the top lane might soon be over as Riot outlined the preview of patch 12.4 that will undoubtedly put her back in the bot lane

According to a patch preview tweet for patch 12.4 sent out, Riot Phlox, the lead game designer, enchanter supports in solo lanes will see modifications to their performance, while other champions will also see adjustments.

After the Storm’s Fury recently received significant improvements to her kit with the mini-rework, the strangest playstyle, dubbed Janna Smite Top gained popularity across all regions and is also considered as a ‘broken’ meta.

According to U.GG, this version of Janna has the highest win rate of any champion in the top lane at high elo, at around 56%. It also saw its first appearance in the LCS last weekend, with FlyQuest top laner Kumo successfully implementing it to a 50 minutes win over CLG.

With things being out of control, Riot Games are already outlining changes to the Support items in sololane. The fact that the change is described as such suggests that Riot’s objective is not to leave enchanters totally unusable in solo lanes, but rather to counteract this specific playstyle. The description in the patch indicates that Riot has detailed the support item as the key problem of making the sololane so profitable for supports.

Other than the support items adjustments, champions from various role also receive changes to balance the meta, with no items receiving notice in patch 12.4.

Further information on the Support Item Sololane will be detailed, until then, players should expect these modifications to arrive with patch 12.4 on 16 February.