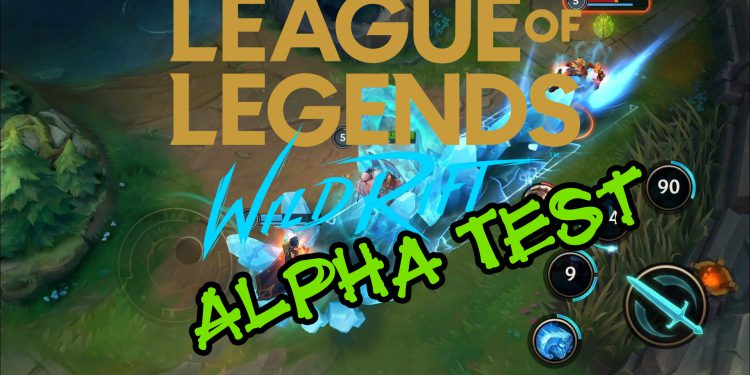 At exactly 6 pm today in the Philippines time, League of Legends: Wild Rift was officially released as Alpha Test.

As promised, at 6 pm today in Philippines time, League of Legends: Wild Rift has been launched for a few lucky players invited by Riot. or random selection. Because it is a limited Alpha Test, not many gamers are involved in the experience.

This launch of Riot is quite strict, different from the previous two games, Teamfight Tactics Mobile and Legends of Runeterra.

Perhaps Riot also anticipated that Riot server could fall into a “server crash” so it was very alert when choosing this form of limited testing. Players who are lucky will receive Riot’s invitation code via the registered email address, of course, this number is not much.

Other Wild Rift changes with to PC

Today, even before the Alpha Test was released, there were a few streamers in the Philippines and Brazil can experience before League of Legends: Wild Rift and immediately live-streamed so that gamers for the country but also around the world witnessed the direct play of this game.

In particular, with features such as plug wards or buying items combined with a relatively large map, the tactics and the way of movement of gamers also need to calculate relatively carefully. Especially the fight phase shows the tension and the importance of deciding whether to use tactics.

Also in the clips that gamers witnessed, the four-system system of League of Legends has been converted to a relatively smooth mobile platform. From the tactics need to orient to drop position has been Riot considered refining to how it is suitable for the gameplay on mobile.

Of course, because there is still a limited test version with a large number of players, there will still be many errors in this experience.

Another factor that can be seen through the Livestream clips is the graphic quality of League of Legends: Wild rift relatively nice, skill effects built to optimize both on mobile but still retain sharpness. characteristics of each champion when trying to switch from PC to.

It can be seen that even though it is just an Alpha Test version, League of Legends: Wild Rift has left a huge echo for gamers across the globe.

Especially making many players around the world, those who have not had the opportunity to experience this time have to “crave”. Hopefully, Riot will soon launch a wider test version for gamers in many different countries and regions