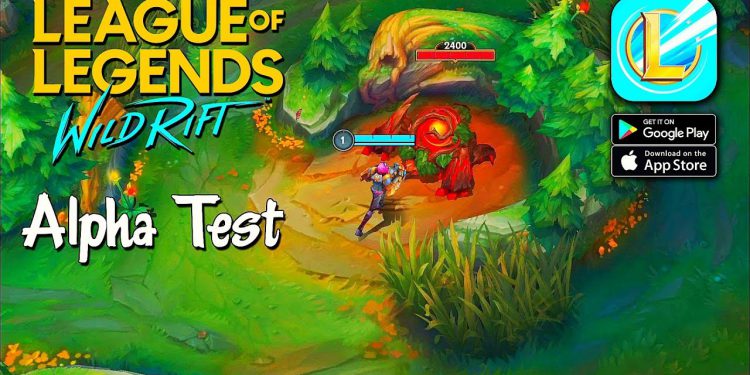 To be able to experience a leg of League of Legends: Wild Rift, gamers will have to overcome the strict “rules” of Riot Games.

At exactly 6 this afternoon, Philippines, League of Legends: Wild Rift will be launched for a small number of gamers in two countries Brazil and the Philippines.

With this Alpha Test, only a few lucky players will be randomly selected from Riot Games or personally invited by Riot Games to be eligible to participate in the experience.

The majority of gamers who received an invitation from Riot were streamer or Kols in Brazil and the Philippines, who have “influence” and are able to communicate effectively for this test version of League of Legends: Wild Rift. Remaining, Riot Games will have the “random” option among many players who are looking to get a join test version this time.

Those lucky players, players who signed up early from the 10th anniversary of League of Legends last year will be the number one priority.

Then comes players who have already signed up for League of Legends: Wild Rift ​​on Google Play in Brazil and the Philippines. Finally, gamers who have signed up for the Alpha Test experience in the last days of April will probably be “ignored” by Riot.

Riot Games also announced that these lucky players will receive an invitation on June 5 and 6:

Note that all these players will receive an email from Riot Games randomly (according to the announcement from Riot). Therefore, what gamers need to do now is to wait for their luck or can experience League of Legends: Wild Rift in Youtube.

It seems that this Alpha Test experience of League of Legends: Wild Rift will be much more rigorous than the previous two games, Teamfight Tactics Mobile and Legends of  Runeterra. Therefore, letting players perform tricks like the previous two is relatively difficult.

As a reminder, LoL: Wild Rift Alpha Test version will be released at 6 pm (Philippines time) on June 6, 2020, and lasts more than two weeks in Brazil and the Philippines, we will have the latest update on the version This in the future.