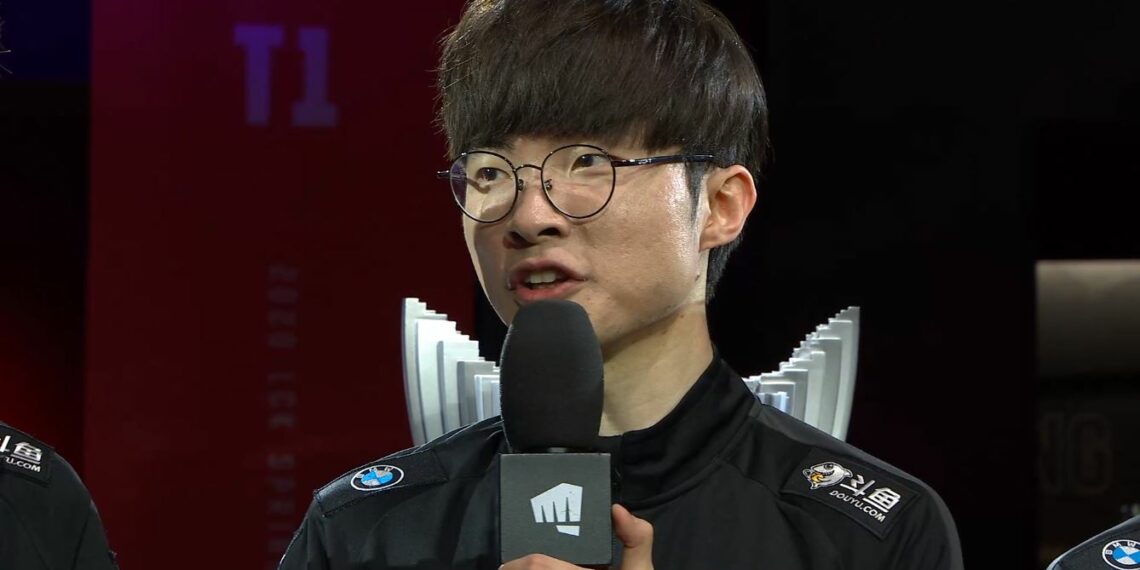 Many Esport competitive games such as Valorant or CS:GO, frequently include timeouts during which players can talk to each other about plans and strategies.

However, in games like League of Legends, such timeouts do not exist, and they are only available after a whole match has been completed or if there is an inconvenient disturbance during the match that affects the players. There is, however, a good explanation for this, which Faker revealed in a recent LCK match.

Pause time in League of Legends does not qualify as strategic time for players to discuss and players are not permitted to speak during this period. During a recent LCK match when T1 was up against Afreeca Freecs, T1 Gumayusi wanted to talk game tactics during a stoppage.

Faker, on the other hand, urged Gumayusi not to talk. He stated that it is preferable if they do not discuss the game at all. He also prevented his team from making jokes, explaining that the spectators might think they are using code signals to discuss strategies.

Several others were unaware of this, despite the fact that many others had seen it. T1, on the other hand, just uploaded the whole dialogue on their social media pages, which outlines a very basic rule that presently exists in professional League of Legends matches.

To avoid disqualification, players are frequently required to follow these regulations as well. As a result, most professional League of Legends matches require players to sit quietly and wait for the game to begin after the pause time.

Being one of League’s all-time veterans, it seems to reason that Faker would prevent his teammates from making the same mistake.