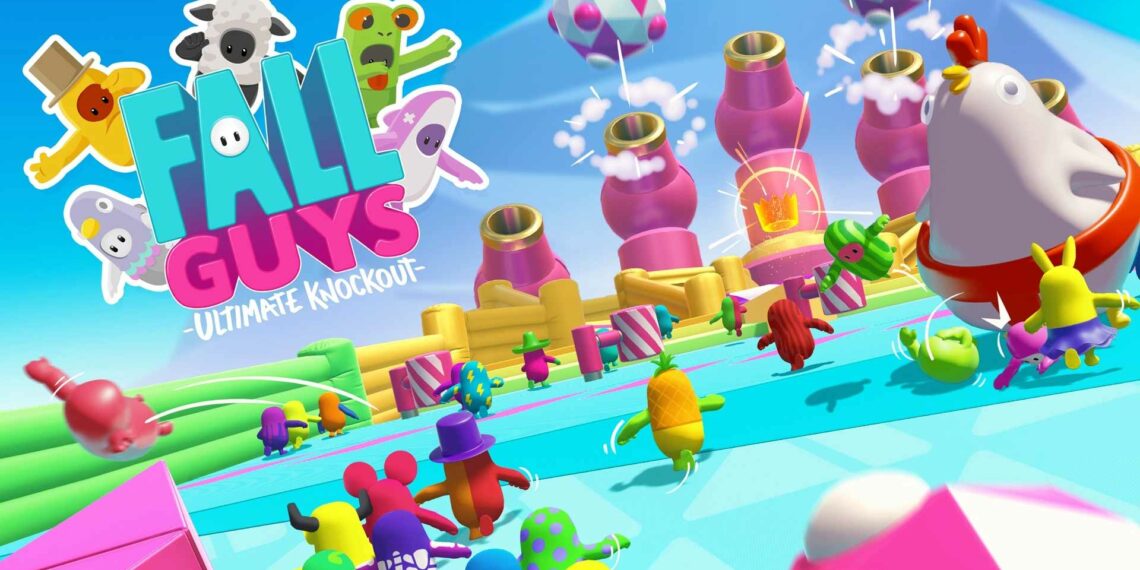 What is Fall Guys?

Fall Guys has only been released for roughly 2 weeks (4th August 2020) and it has already created a wide phenomenon all around the world. The general idea about this game is that you will have to play through several rounds with 59 other players in a battle royale atmosphere. We know, it sounds weird, but the actual reason why Fall Guys sold 2 million copies only after the 1st-week release is that how Fall Guys delivers fun and thrilling experiences for both casual and try-hard players.

When thinking of Battle Royal genre, we usually ring the bell for games such as Player Unknown Battleground, Call of Duty, Fortnite, or even Dayz. Instead of random spawn points, looting for ammo, gun parts, and try so hard, in the end, to achieve victories after roughly 30 – 45 minutes, Fall Guys contains random psychics and cute little funny figures for you to enjoy every single moment in the game.

On the other hand, other battle royal games require you fit in, adapt and become the best in multiple situations, there are hardly any ways to be creative in Fall Guys, of course, it is possible, but for low skilled gamers, it is pretty easy and all they have to do is stick to the way the rounds behave.

League of Legends: The Things That Fans Most Expect at Worlds 2020

How can it become a phenomenon?

Have you ever heard of Wipe Out – a gameshow back from 2008? Fall Guys is pretty similar to Wipe Out, you run through obstacles, involve in a team game, roll the ball that is twice as big as you, and even steal the tail from your opponent. The game plays out in a series of rounds, the deeper you advance, the more people get eliminated. In the end, you will battle with elite remaining players (including your friends, if they manage to get the last round) in order to win the noblest prize, a crown.

Easy to control, but it will take time to master. We must admit that for adults, there are a few rounds that feel too easy, but there are hidden chances that you will be eliminated if you are way too cocky or you can get push down if some guys decide they want to ruin your experiences (it is a rare chance, this game is really kid-friendly).

Aside from the gameplay aspect, Fall Guys offers a wide variety of cosmetic choices. You are a big jelly bean, with human parts. Throughout playing the game, you will earn Kudos (which you earn for every round that you complete) and Crown. You can use that currency to purchase items that are constantly changing in the in-game store, collecting every single piece of equipment you can find. Even though there are a few specialties that required you to spend Crown in order to collect, the preference really depends on your taste. There aren’t many differences between a good player and a bad player except their Crown-Exclusive cosmetics.

Where can you get Fall Guys?

Now if you are starting to develop an interest in how this indie game tackles down almost every competitor and climbs to the top, make sure to check them out on either Steam if you are a PC gamer or on PS4 Game Store. The game is not free though, it will charge you 19.99$ to entry.

Being able to party up to 4 players you can enjoy chilling times with your friends. The game itself is not perfect, it took roughly 2 weeks in order for their servers to become stable. Hacking/Cheating/Teaming are all inevitable in an online game, especially on PC, the developer right now also doesn’t any proper way to deal with it. But above all, this game is really non-competitive, get in the game, enjoy some good matches, having fun with your friends is one of the strongest positive factors of this game. If you want to know more, you can follow them on Twitter, they have a really great sense of humor.