FPX Doinb set his goal to only be in Top 8 Worlds, advise fans not to think much about Finals 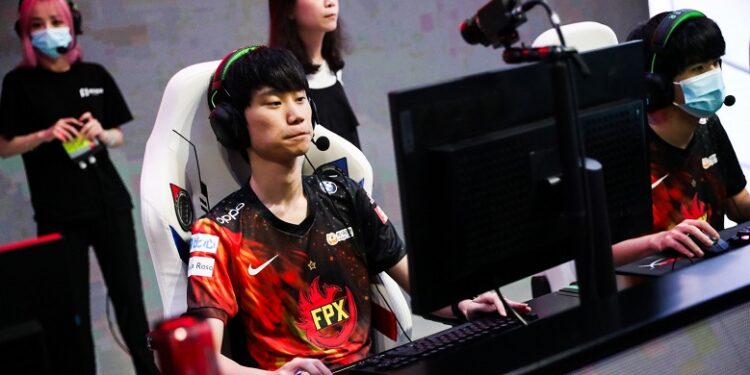 The issue of the world’s strongest League of legends teams has become highly heated on numerous forums from Asia to Europe once the venue and list of teams competing in Worlds 2021 were published. There have been a lot of rankings on this topic, and most players claim that FunPlus Phoenix will be one of the strongest teams in Worlds.

This has prompted many to believe that FunPlus Phoenix has a very good chance of reaching the Worlds 2021 Finals. Many fans have also voiced their desire that FPX would reach the aforementioned objective on the stream of FPX team captain – Doinb.

However, in contrast to fans belief, Doinb has a completely different view of point when his goal is to only be in the top 8. He also advised his audience not to think too soon about FPX making it to the Finals of Worlds 2021.

In addition, being the second representative of China, along with Edward Gaming being the first, FPX may have to face against many top-tier teams at Worlds. Perhaps Doinb also considers the toughest league so yet, having set a conventional target for top 8 might seem practical.

Only when FPX achieves this aim such as finishing in the top four, making the finals, and winning the championship is more possible.

FunPlus Phoenix has lost 2 LPL Finals, which is clearly an unpleasant experience for the players. Therefore, reducing the pressure before an important tournament like Worlds 2021 is extremely important that Doinb needs to do.

Perhaps nobody but Doinb knows best about this, so he set a modest objective of finishing in the top eight to assist his teammates maintain a positive attitude.