Fans were stunned when FPX Doinb was seen wearing a $775,000 watch 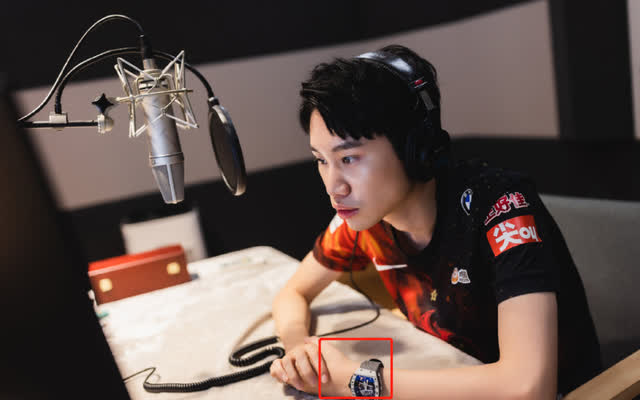 Recently, FunPlus Phoenix ‘s Weibo page has posted images of the players’ voice acting process, in order to serve the launch of a media product to welcome Worlds 2021.

The images depict a scene in which five FPX players gather in a studio, with Doinb remaining the most prominent focus. This time, however, the captain of FPX did not steal the show with his typical “funny” antics. On the contrary, he took this recording quite seriously. His wristwatch, however, stunned the viewers when it unintentionally (or not) captured in the photo.

And of course it didn’t take long for fans to discover the facts about this watch. Doinb’s watch, apparently is the Richard Mille Yohan Blake Rm 61-01 Ultimate NTPT model, which costs 775,000 USD (5 million Yuan).

Richard Miller is essentially a high-end watch brand for the luxurious and celebrities, thus the fact that an e-sports player like Doinb owns this brand’s product range astonished even many luxury users.

For the Esports community, we still know that the FPX captain is very wealthy, and that he is now the one of the richest players in LPL, but the fact that he possesses this accessory equates to a sum that is over a million dollars makes many gamers shocked. Doinb’s entire annual income, including pay, advertising, and stream revenue, according to numerous sources in China, is estimated to at least 6 million dollars.

Many people are left speechless after viewing his million-dollar watch, since with such a large fortune, Doinb clearly has all the right to spend as he pleases on personal interests.