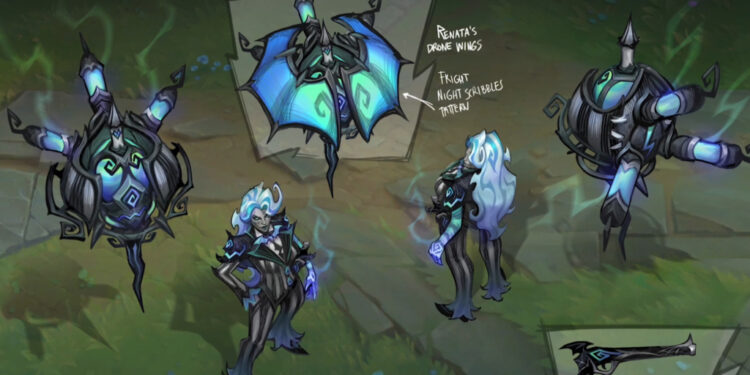 League of Legends’ Gothic skin line has been updated by Riot Games to make it more frightful and likely to send players running for cover. During the most recent developer vlog, it was hinted that the upcoming Fright Night skin line might include Annie, Draven, Renata Glasc, Trundle, and Urgot.

Players voted for the skin line that needed a fantastic makeover at the start of the year, and the Gothic universe easily won. The gloomy, and for some, nostalgic, skin line now goes by a new moniker and has a new appearance after receiving almost twice as many votes as the Infernal and Arclight lines. When the poll’s findings were made public, Riot had already begun looking into some of the skin line’s potential directions. There are so many different hues of black for us to try on, Riot remarked, from charming and frightening to serious and dark.

Riot appears to have arrived on a more eerie-suffering look for the now-defunct Gothic skin range, with certain accessories and features that let the mind wander and reminisce about favorite Halloween movies. However, league fans can’t help but notice the absence of some champions that were a part of the Gothic skin line, including Orianna and Amumu, whose skins really need to be updated.

Even while League and Halloween fans don’t always get their way, Riot clearly has them under control with the Fright Night refurbishment.