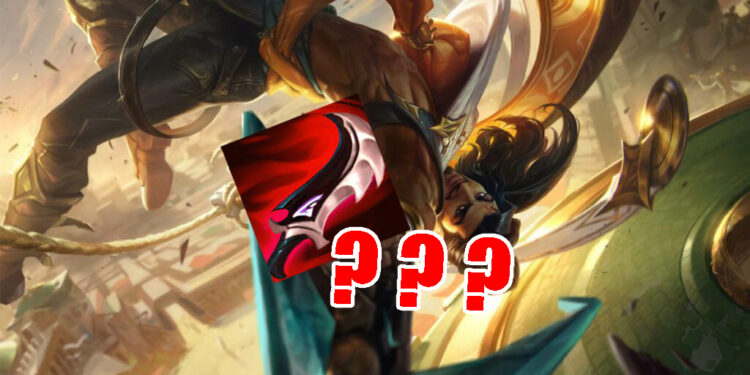 Recently, Akshan had a major game-breaking bug that Riot Games had to address right away

In the current state of League of Legends, Akshan is being played by the role of an Assassin/Marksmen in the Mid lane. The Rogue Sentinel, who was released not long ago, caused the most imbalance gameplay recently as his kit and reviving mechanic is seems to be too broken. Now, the champion has caused another major game issue that Riot Games had to patch right away.

Akshan bug that allows him to go invisible permanently

Vandiril, a content creator of League of Legends on Youtube, recently captured a number of instances of players responding to Akshan and quickly released a short video on YouTube to report the game bug.

In particular, Akshan is now having a serious bug when it comes to his E – Heroic Swing and the Duskblade of Draktharr item. It seems that when this bug is activated, Akshan will permanently enter Invisibility mode given by Duskblade

Its worth noting that even if Akshan deals damage with any of his abilities or auto-attack, the Invisibility will still be maintained, making him perma-invisible. Dealing damage to him will only reveal a small part of shadow of an invisible champion then eventually fades away.

This is a major game issue because it has directly impact on the result of team fights and gives players a number of additional advantages.

Worse still, despite the consequences, this bug is quite easy to activate. If players own Duskblade of Draktharr with The Rogue Sentinel, and they kill an enemy with his E – Heroic Swing, the bug will be triggered immediately.

For now, Riot Games have quickly repaired the problem on many servers across the world, players may now play the game in peace while having the champion in their match.