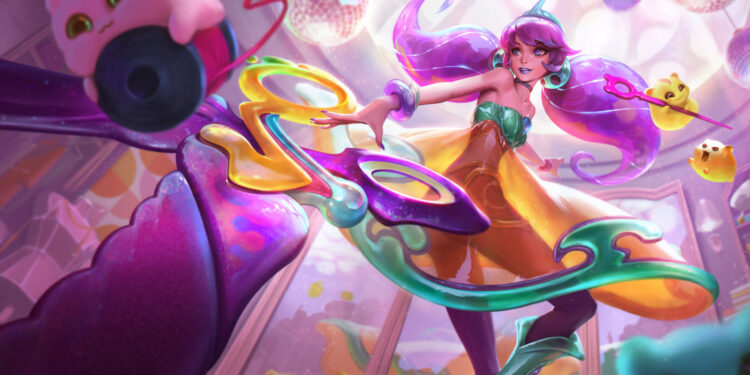 Despite being designed as an AP Top lane skirmisher, Gwen might find herself an excellent Jungler.

As information about League’s newest champion – Gwen – The Hallowed Seamstress had already been revealed, we all know that she is designed to be an AP Top lane skirmisher that excels in dueling and split-putting. However, players soon found out that she also has extremely excellent camps clear ability that is far better than most current Junglers of the meta.

Gwen’s jungle rotation will start with Red Buff first, then she can E through Krug’s wall and use her Smite on the big Krug. She will then clear while also drawing the camps towards the next one. The order should be Krugs – Raptors – Wolves – Blue Buff and Gromp can be cleared together by drawing the Blue Buff to Gromp and try to hit both with your abilities. One thing to take note of is that instead of using your abilities point for E – Q – W, you will use 2 points for Q: E – Q – Q instead for faster camps clearing.

If you can do as smooth as performed in the video, it will only be about 3:15 of the match when you get your level 4 and can head to Scruffs or ganks with more than 70% HP and one Smite available, which is far better than most Junglers.

With the current meta that is favoring champions with good camps clearing such as Hecarim, Urdyr, or Karthus, the fact that Gwen has such dominant camp clearing may make her a decent Jungler in both solo queues and professional matches.

The Hallowed Seamstress is expected to release on League Patch 11.8.