Here’s why Morgana is the strongest jungler in patch 11.8 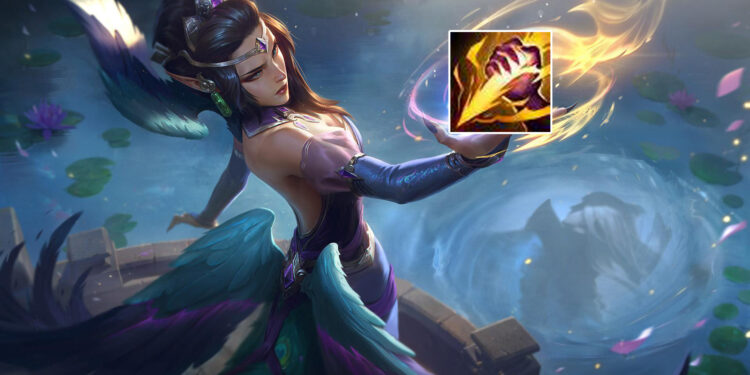 A support as a jungler…

Morgana has spent much of her time in League of Legends as a mid laner and a support, but recently in patch 11.8 update, players are picking her up in the jungle. This is due to a HUGE buff she receives from Riot in the same patch. She’s now one of the strongest junglers in the game and here’s why:

Morgana was one of five junglers who received buffs as part of Riot’s massive jungle overhaul in LoL patch 11.8. Pushing the Fallen Angel into the jungle was an innovative development that resonated well with players as the developers attempted to improve champion diversity.

Morgana’s Tormented Shadow’s (W) monster damage bonus has increased from 150 to 200%. Though only a 50% increase damage to camps but this was enough to see a massive change in the jungle pool.

According to OP.GG, Morgana is ranked at number 1 and considered top tier list in the jungle with a whopping win rate of 52.81% and a pick rate of 11.83%. In addition, her ban rate has risen to 55.20%, making her the most banned champion in this patch.

Morgana is now perhaps the fastest jungle clearer in the game, thanks to changes introduced in patch 11.8.

A player demonstrated how Morgana can now clear the jungle in under three minutes at level one in a recent video. This kind of clearing pace is uncommon among junglers, and yet a pure support champion is capable of having a perfect jungle clear. In just 2 minutes and 57 seconds, the player cleared the jungle out. This was mainly accomplished by using Morgana’s Tormented Shadow’s (W) damage and securing camps in such a way that they clump up in the AOE damage for optimum effectiveness.

Her ganks are extremely deadly. It’s almost impossible to avoid the gank if she lands a Dark Binding (Q). Through her ultimate, she can even hunt down rivals. With these buffs, she’s the ideal all-around jungler.

The only thing she is lacking is the immobility, so try to focus on that while ganking other lanes. You should be searching for ganks about 10-15 minutes since you should be level 6 then and have the Hailblade upgrade and Sorcerer’s Shoes. Your damage would be incredibly high, allowing you to easily dispatch squishy champions. The following are your key strength spikes:

All in all, Morgana Jungle is becoming a pretty big deal in League of Legends and players are spamming her in the jungle, leaving the rest of the roster behind.

To ensure the OPness of Morgana Jungle won’t take over the Rift, Riot has announced the patch 11.9 preview that brings nerf to most of junglers including a small nerf for Morgana, reducing the Tormented Shadow (W) by 15%.

So before patch 11.9 happens, try abusing Morgana Jungle a little bit while she is still in her glory.