Coming up Zed Buffs and a Series of Hot Champions Will Get Nerfed in Patch 10.14 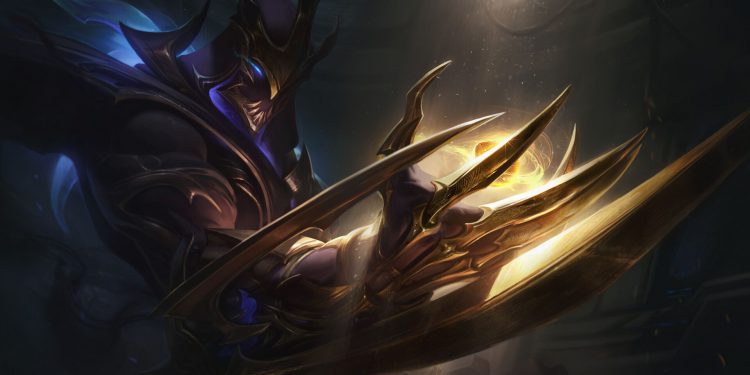 If you’ve been sick of watching Wukong and Volibear dominate the top lane for the past couple of weeks, so you’ll be glad to hear that both champions are having some nerfs in the upcoming Patch 10.14 of League of Legends.

On top lane, as one of the strongest champions in this position, Wukong has quickly risen the ranks. The Monkey King currently has a win rate of 51.94 percent, which is good enough for the third-highest in the top lane, with the 7th-highest play rate of any top lane champion.

At the other hand, Volibear has hit identical peaks in the jungle over this past patch— the Thunder’s Roar has hit a staggering 54.36 percent win rate, with a 5.9 percent play rate. His top numbers are also doing quite well, with the demigod reaching a 50.33 percent win rate and the 2nd-highest play rate of any top lane champion.

Ezreal is having some nerfs after his play rate rose to 17.09 percent with a 50.47 percent win rate. He is also one of the most commonly banned ADC’s with a ban rate of 3.09 percent — he is only beaten by bottom lane Yasuo in this category.

Thanks to his effect on the pro scene, Varus also gets some nerfs even though his win rate in solo queue sits at around 48.60%. He is flexible enough to build lethality or attack speed, and with his ultimate skill can add plenty of utility to a major teamfight. He currently has a ban/pick rate of 100 percent in the LCS, a 100 percent ban/pick in the LCK and a 97.1 percent ban/pick rate in the LEC.

Besides, many underperforming champions have caught Riot ‘s attention and are expected to be adjusted for the patch next week. And while Pyke has seen a play in the mid lane, his supporting role is lacking. Likewise, Karthus will get some love because of his failure to compete in the mid lane with other mages.

Which exactly Zed’s buffs are going to be is unclear. Yet other assassins, including Talon and Diana, have been excelled in the position — they can roam, clear waves, and easily take out a vulnerable carry. Riot could be considering giving him better wave clear so that he can roam as well as his counterparts. Or it can boost his lane matchups with mages by making him a little tankier.

Even though Pyke mid is getting nerfed, Riot plans improve the Bloodharbor Ripper as a Support. The magic resistance and armor per stage of him will be reduced to render him worse off as a solo lane. But a cheaper mana cost and cooldown of Q, as well as a slight boost to its damage, should provide him with an advantage in a two-vs-two lane.

For the last couple of seasons, Karthus was most prevalent in the jungle. Riot aims to improve that with comprehensive mid lane buffs. The Deathsinger is gaining more strength in health and movement, while also getting more base and bonus AP damage to his Q. And his E will now tick four times a second, not just once, while maintaining the same damage.

Owing to how quickly he was able to farm all the jungle camps, Karthus’ movement speed was taken down a notch in Patch 10.9, lowering it from 335 to 325. Riot is taking it back to 335 but lowers Q’s damage on monsters to 80 percent, down from 100 percent. This will allow him to stay balanced in the jungle while improving him as a mid laner.

The Patch 10.14 preview is preliminary and is subject to adjustment before it reaches live servers.