Funny: IG Ning – “I used to be suspected of being involved in match-fixing, but I was just playing badly” 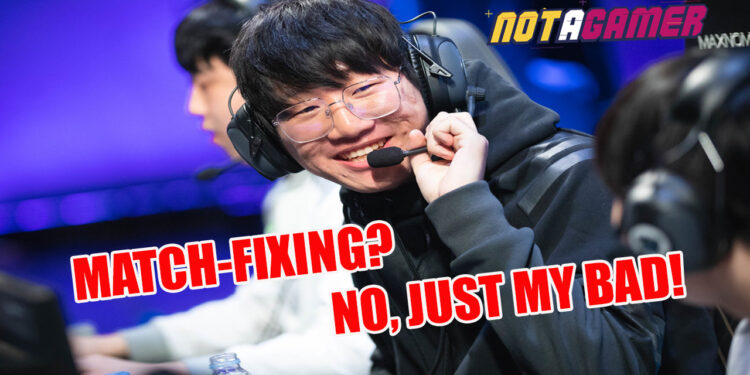 Ning also once had a hilarious experience while being unjustly investigated for match-fixing!

Cheating, match-fixing issues in LDL – the Academy tournament of Chinese League of Legends is now spreading to LPL. Recently, FPX.Bo – the jungler of Funplus Phoenix, had been temporarily suspended to take part in an investigation because of match-fixing during LDL 2020.

IG Ning – the legendary jungler of Invictus Gaming, who is now taking a momentary halt in attending pro league, also shared some funny memories about a domestic investigation in match-fixing on his stream.

“I used to be under investigation for match-fixing and my name was even in the list of “definitely involved in match-fixing”! They checked my cheques, my bank account, my money, etc. again and again. And lastly, no evidence was found! I was so mad that I told them: ‘You guys please don’t disturb me anymore. Tell me what you want and I will do it, don’t knock on my door from days to days, honestly!’

I told him (staff of the investigation): ‘I was just honestly playing not well, match-fixing is something impossible! Those were all my skills and I’m satisfied with them. If I had good skills but I pretended to be bad, then I would be suspicious.’

Then, the result of that investigation was that I had no association with match-fixing and my performance was just that bad. After that, no one looked for me anymore…”

Additionally, Ning also assured his fans and colleagues: “To be honest, that investigation was very humane, not so terrible like you guys are imagining. They didn’t take you into a dark room and ask you to give statements. I only needed to answer some questions from staff coming to my Gaming House, and then they checked my phone as well as connected accounts. Besides, there are also loads of players who had been checked out before. If the match seems weird, they will have an eye on you immediately!“.

As can be seen from what Ning said, getting rid of bad behaviors in LPL is always being focused on with the aim of preserving the fairness of this tournament. However, some fans could not really stop laughing at Ning’s hilarious story, when he said that he had been just that bad, not match-fixing.