Why are Junglers building Chempunk Chainsword as their core items? 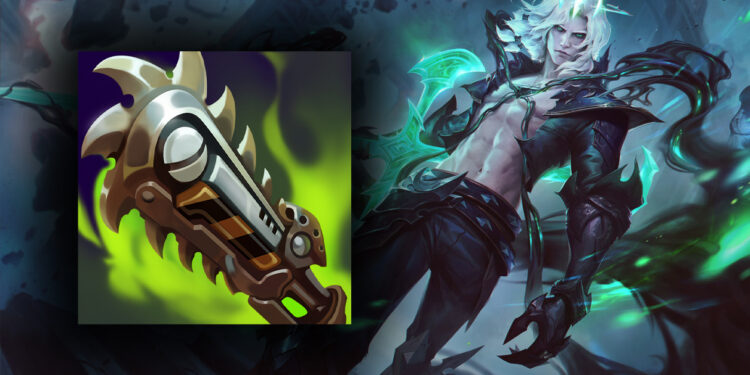 Patch 12.10 saw major changes as the durability of every champion increased. Along with that, healing and shielding also receive modifications to better fit the meta. The changes have also led to the debuff Grievous Wounds being much more important.

However, recently, many pro jungle players such as SofM, Kanavi are prioritizing Chempunk Chainsword as the starting items for most Fighters, and what is so special about this new build path?

Apparently, Patch 12.10 saw significant nerfs to Grievous Wounds. In that major update, the item receives the same nerfs as other Grievous Wounds items with 10% of the debuff loss, leaving only 30% effect and 50% for champions below 50% HP.

Then, Riot Games continues to reduce the Grievous Wounds effect of similar items down to 25% and 40% in Patch 12.11. The piece of Executioner’s Calling was also reduced to only 25%. But in return, Chempunk Chainsword receives up to 10 AD and 10 ability haste.

Knowing that this item is really strong, but to be first picked by players even before even a Mythic item, there are definitely other reasons. And the reason for this is that the Divine Sunderer has reduced damage, armor and MR pen quite a lot in Patch 12.13, making the power of this item no longer as perfect as before.

Instead, getting Chempunk Chainsword early will optimize the amount of damage, cooldown reduction, and can apply Grievous Wounds with only 2600 gold. This is really an extremely hot option that is trusted by top jungle players when in almost all matches, the opponent has at least one champion capable of recovering and healing.

Chempunk Chainsword is perfect for champions like Viego, Wukong, Vi.. or most of the Fighters in the recent meta. Patch 12.14 has already seen nerfs to the item as it price has been changed to 2800 instead of 2600 gold so make sure to itemize correctly in different matches.