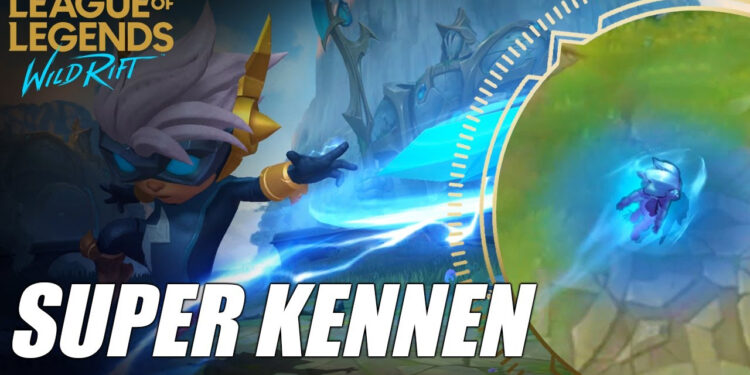 The next Yordle platoon champion, Kennen, has officially appeared in League of Legends: Wild Rift

Riot is gradually releasing the Yordle champions so that gamers can experience in turn. After the appearance of Lulu a few days ago, today January 14, Heart of The Tempest, was present in the game.

Basically, Kennen’s skill set is still no different than in League of Legends. This champion still possesses a super strong total combat ability with the ultimate Slicing Maelstrom that can stun many targets on a large area.

During Wild Rift, Kennen can be used well in Baron Lane and Mid Lane. Also, it’s not a problem for gamers to be able to use this champion on Dragon Lane. A lot of players have been experiencing Kennen quickly over the past few hours and the feedback has been quite positive. The majority of them believe that this is not a difficult champion to play, although it has a bit of a disadvantage, it is strong in the end with the combat.

In League: Wild Rift, the terrain in areas is somewhat narrower and this is the ideal condition for Kennen to bring out his best. However, Kennen also has certain limitations that players have just discovered, especially compared to the version on League of Legends

Kennen’s familiar combo in League of Legends is Hextech Protobelt and Zhonya’s Hourglass, this combo item helps Kennen get into the fight quickly and safely.

Riot Thinks Being “One Trick Pony” Viego Is a Bad Idea

But in the Wild Rift, both of the items above are items that trigger the upgrade from Boots, so only 1 can be purchased. With Zhonya’s Hourglass as a must-have option, the player must sacrifice Hextech Protobelt. Players will have to consider properly to jump into the fight with skill 3 – or combine with Flash to bring the best effect.