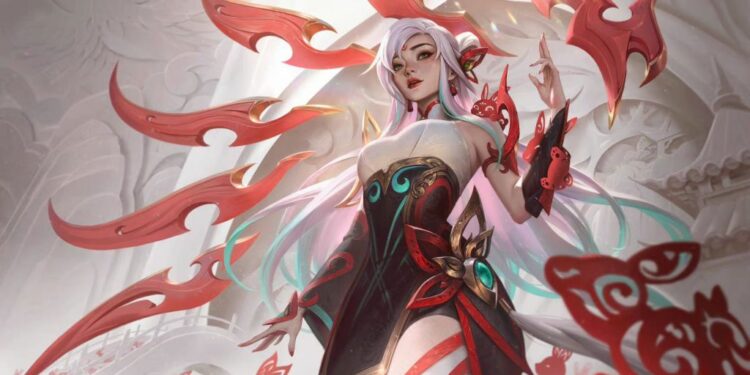 Skins in League of Legends frequently spark outrage when they have an impact on gameplay, but this case was too obvious for the Legendary skin, Mythmaker Irelia.

League of Legends players are very excited as Riot Games recently released the Mythmaker and Lunar God skins and an event that will bring a new wave of content. While most skins have little effect on gameplay, some, like as Mythic and Legendary skins, may incorporate VFX animation alterations that can offer champions a noticeable edge.

Sadly, this was not the case for the recent Mythmaker Irelia, as League players have pointed out the huge disadvantage features that made the skin as “pay to lose”.

Mythmaker Irelia is a “pay to lose” skin

Riot Games has changed her auto attack VFX for the Mythmaker Irelia skin, in addition to changing her voice lines, recall, and ability animations. This has been slammed by users on League’s subreddit, who claim it has harmed the champion significantly.

While the skin’s VFX animations are viewed in slow motion, one player noticed a minor delay between Irelia’s animation and the blade’s impact when hitting opponents.

This is especially noticeable early in the game, when Irelia lacks additional attack speed and her auto attacks are critical to her dominance in the laning phase. Performance early in the game is critical to Irelia’s influence; a single missed/cancelled auto-attack owing to unsynchronized VFX is fatal to being irrelevant for the remainder of the game.