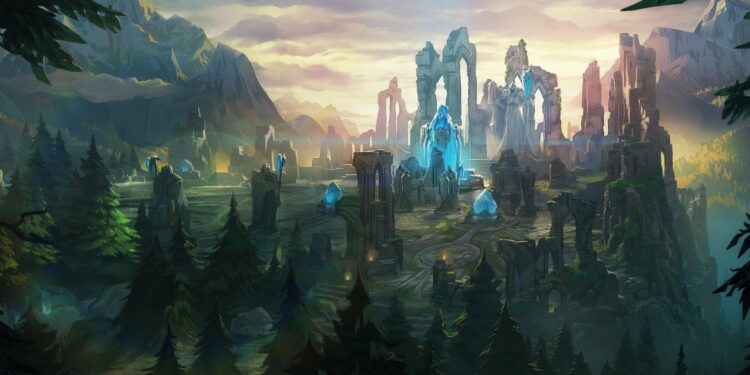 Some players spotted substantial changes to the Nexus and the Inhibitor in League of Legends’ most recent patch 12.6, which went unreported in Riot Games’ patch notes

Vandiril, a League content creator, apparently tweeted about this issue on his Twitter. He then posted a video on Youtube demonstrating further notices. The original Nexus is shown in his video with a whopping 5,500 health. If left untouched, both the Nexus and the inhibitors regenerate 10 health every second. However, in Patch 12.6, the game’s Nexus’ health was reduced to 3,010, and both the Nexus and the inhibitors no longer regenerate health.

The modifications greatly surprised LoL players, who were caught off guard because they were not mentioned in any patch notes for the update.

This was tested on both sides to verify that it didn’t solely harm one team on Summoner’s Rift. This is a significant change for patch 12.6 that will have an impact on both solo queue and professional play because many players and teams will have to adapt the way they draft and strategy in-game.

Although this may appear to be big news, fans may not want to get too excited just soon as there’s a fair probability that this is merely an unfortunate bug that Riot Games will address right away.

To conclude, the Nexus and Inhibitor modifications were unintentional and were caused by a problem when patch 12.6 was released.