Here’s how Preseason 13 items made Tanks unkillable in League 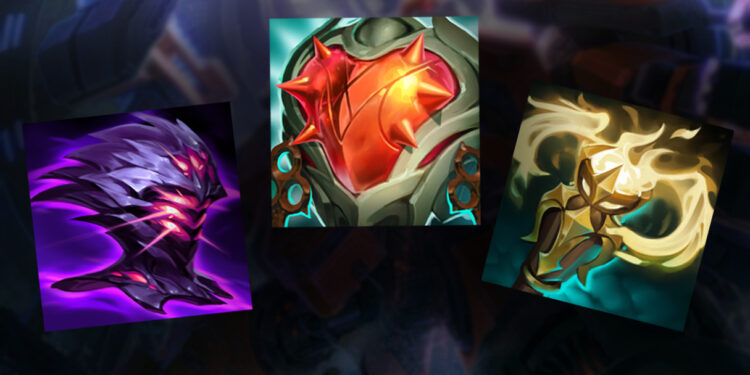 With the introduction of new tank items in patch 12.22, League of Legends players were concerned that preseason 13 would introduce a brand-new tank meta, and those concerns may have come true.

When it comes to League, tanky, unkillable champions dominate these metas, leaving any character that isn’t centered on high DPS behind.

While it’s too early to say whether or not the items introduced ahead of Season 13 will result in a tank meta, one thing is certain: tanks who gain a lead are impossible to kill on the current preseason patch.

Tanks have counters, which are champions that can shred by true damage or percentage health damage. Even with those champions on your team, certain tanks are too powerful to be defeated. And one of the new additions to the Mythic item is the root of the issue.

Radiant Virtue and Jak’Sho appear to be fairly balanced at this time, as these items aren’t the source of the problem. Plus, the fact that Riot even buffed these 2 items in a micropatch 12.22b to encourage players to build them.

The issue with tanks is a single preseason item: Heartsteel. This unlimited health stacking item has given champions like Cho’Gath and Sion even more frightening, as they can already stack health indefinitely.

There are tanks with 10,000+ HP creating chaos on the Rift as a result of making these tanks’ win condition that much simpler to accomplish.

One particular clip from redditor GoverGames captures how much 1v5 potential tanks have in the coming game. The video has garnered a large number of upvotes and reactions from the community.

According to the video, even with his whole team dead, the lone Sion easily went through the opposition team and smashed their Nexus to win the game. Sion is already tanky, but Heartsteel grants Sion more permanent max health than his passive does in this clip. The two together give him 4,141 more HP, pushing his health bar beyond 10,000.

Hopefully Riot will take this into account and adjust the % health on certain tank champions, if not, the whole roster of tanks.