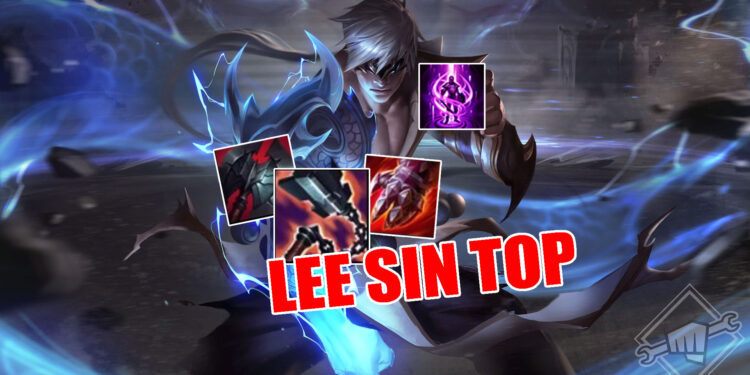 Lee Sin is probably the most well-known playmaker in League of Legends, he has been one of the most iconic picks in both of the Jungle and in the entire game.

Recently after Patch 11.8 updates, the Blind Monk was being used in the top lane more frequent in pro play and casual play, making his role more dynamic due to a buff he received.

Now he’s settled into the top and mid lanes now, and he’s better than he has ever been in the jungle. Here’s why Lee Sin is so famous in Season 11 of League of Legends, and how to master the Blind Monk in the top lane.

Why is Lee Sin so strong in the top lane?

Back at patch 11.8, Lee Sin has gotten a few buffs to help him stand out in the jungle. Both his Tempest (E) and his Sonic Wave (Q) cooldown has been reduced. These shifts have had a greater impact on Lee Sin’s top than on Lee Sin’s jungle. It just became popular after the new series of updates in LoL patch 11.8, but it’s now increasingly taking over solo queue.

On top of that, professional players are also picking Lee Sin in the Top lane. Players that can be mentioned like Kim ‘Khan’ Dong-ha, Li ‘Xiaohu’ Yuan-Hao and Ibrahim ‘Fudge’ Allami have been busy lately with Lee Sin for the pick ahead of MSI. Jackson ‘Pabu’ Pavone, a jungler for Pentanet.GG and a representative for Oceanic MSI 2021, was a pioneer of the pick. On his EUW bootcamp account, he has a 100% win rate (63% on OCE), and he believes he will compete at the international event.

Like any other bruisers in the Top lane, Precision Tree with Conqueror and Triumph are the strongest runes to be picked. Along side that, Resolve will give you some tankiness so as to survive in any combats or to stay in lane.

Goredrinker is a must-have Mythic Item if you’re going to pick him. It’s ideal for any champion who needs to gain an advantage over their opponents and hold it. Lee Sin’s Sonic Wave/Resonating Strike is the ideal for Goredrinker to land on the opponents, and when combined with Sterak’s Gage, the Blind Monk can be incredibly tanky in long combat or after a successful Insec.

Lee Sin’s Tempest (E) is the crux of his kit in solo lanes — not Q. E max has become the most popular of the lot, thanks to its high damage and ease of use in lane, which allows it to push waves and win trades. Q max is optional if you are laning any squishy champions, plus it can help you with any engaging situation. W is maxed last as a laner since its utility compared to Q or E is lower but it’s Vampirism gained from the second E is a great kit for sustaining in the early game.

Lee Sin is one of the best picks in the top lane and is incredibly flexible. He has two build paths: Full Lethality Lee Sin or Tanky, Sustainable Lee Sin. In my case, I strongly agree going Tanky Lee Sin. He might won’t do as much damage as he used to with his original Lethality build, but he can be a tanky frontline who has Shield, Vampirism, Health, Armor and Cc to help him survive as long as he can.

You should look for ways to Insec people back to your team during the mid and late stages of the game, not just split push as a top laner. This strategy is particularly useful if you know a specific carry has previously wasted Flash, since they would be more vulnerable to your kick.