Patch 11.8 Preview brings buffs to Lee Sin, Aphelios and opens up the champion pool for jungle 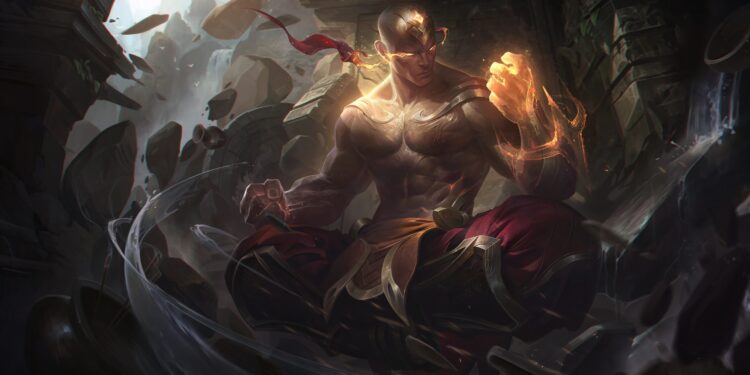 In League of Legends Patch 11.8, a variety of jungle improvements are being introduced on the Rift. But don’t worry, junglers: your position will not be weakened again.

Mark “Scruffy” Yetter, the league’s design director, teased the forthcoming patch earlier, explaining that new champs would be added to the current jungle list. And a few underwhelming outliers, such as Lee Sin and Aphelios, are being buffed.

Zed, Darius, Mordekaiser, Morgana, and Diana are among the five champions who will join the jungle roster in Patch 11.8 Preview, according to Scruffy. Though the developers did not specify the specific modifications, they would most likely deal more damage to jungle camps in exchange for a faster clear time. This should help them scale more effectively and provide them with greater gank opportunities.

This isn’t the first time Riot decided to broaden the jungle champ pool. Last February, Scruffy addressed the position’s low play rate, especially in lower Elos. Riot claimed that by including a few lovable champs in the jungle pool by upcoming changes in the Patch 11.8 Preview, the position would become more common. However, the difficulty of the game continues to discourage many games.

Lee Sin, a renowned jungler, has struggled in season 11 and has failed to adapt to the new item system. According to Champion.gg, the Blind Monk has a 47.7 percent win rate in Platinum ranks and beyond this patch. Riot buffed his Safeguard (W) and Tempest (E) in Patch 10.25 to accommodate the new items. This was followed by still more attention in Patch 11.4. But it’s still not enough to get him into the metagame.

If Riot intends to make Lee competitive again, the developers will most likely need to add more damage to his kit and boost his clearness on Patch 11.8 Preview. This might also help him establish his persona, possibly making him a better bruiser or assassin.

And Aphelios, who has been causing Riot juggling headaches since his release, is set for another round of buffs in League Patch 11.8 Preview. The AD carry is either overpowered or uninspiring, and he is currently in the latter. The Weapon of the Faithful, with a 45.8 percent win rate in Platinum ranks and beyond, needs to be sharpened. Although Riot has patched a few Aphelios bugs in recent updates, he hasn’t received any buffs since Patch 10.21.

Patch 11.8 buffs LeBlanc, Zac, Cassiopeia, and Vladimir as well. Annie, Thresh, Gnar, Orianna, and Yorick, on the other hand, are getting nerfed. League players should also expect the Rammus mini-update to arrive.

According to the official release timetable, the Patch 11.8 updates are subject to modification until they go live on April 14.