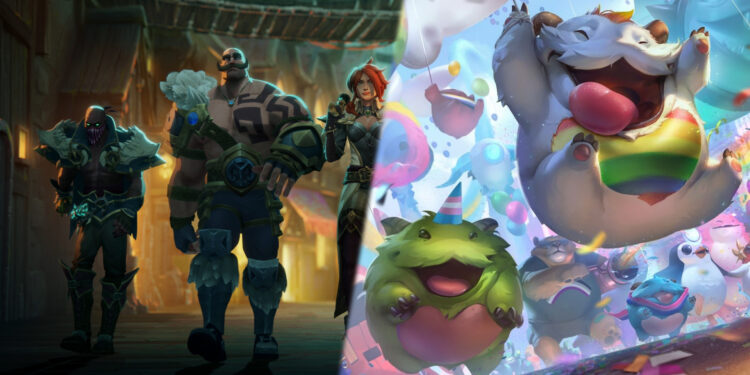 June is Pride Month, which serves as both a celebration of how far the LGBTQIA+ community has gone and a reminder that we must continue to strive for human rights. Perhaps it’s no surprise that one of the recent queries was on LGBTQ+ in the latest Dev Blog Ask Riot.

The inquiry specifically asks if Riot intends to incorporate in-game canon LGBT+ couples to League of Legends like Lucian and Senna, or Rakan and Xayah. While Riot confirmed that they will continue to spotlight LGBTQIA+ tales, they did not promise to force particular LGBT+ couples’ tales.

“Specifically, for LGBTQIA+ champions in League of Legends, our storytelling approach will vary”

The most important notice from Riot’s extensive response is that they want League to be a place where players “can see themselves and have characters they want to relate to.” They want to continue adding LGBTQIA+ champions, however, they concede that not all of them will be part of a relationship or a particular story.

Riot stated that video games provide a unique opportunity for storytellers to provide a “window into someone else’s reality.” The value of varied storytelling can lead to greater inclusion and understanding for one another.

Riot has made a concentrated effort in recent years to expand the League of Legends realm to other types of media. Arcane, for example, is a Netflix animated series that will premiere this fall. The story will appear to chronicle the exploits of Vi and Jinx in the Piltover and Zaun underworld.

There is enough space in League of Legends for all kinds of unique storytellers and characters from all walks of life to coexist.