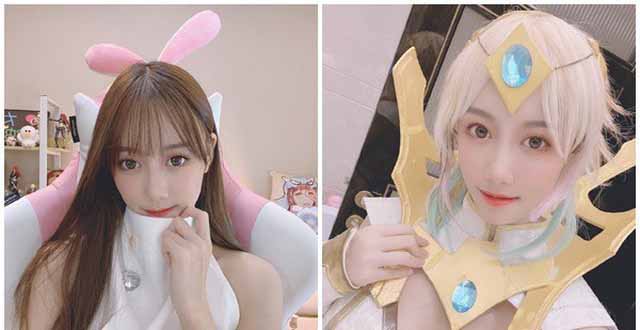 Wearing underwear on the head

Wearing underwear on the head – Each streamer has a unique style when interacting with his viewers. Some people like to talk, tell stories, some people are not too concerned about this issue but focus on the content on the stream. But as the streamer with the nickname Nambo is the number one. Not only talking a lot, one of her hobbies is “betting” with viewers, and creating a lively atmosphere throughout her Livestream.

Having a very long time to play and play League of Legends, Nambo is not only beautiful but also makes fans surprised with her skills and experience. Even in the past, Nambo also made many people surprised by the fact that she had time to participate in high-class women’s League of Legends. And the “betting” with viewers is almost related to this game. But no one expected that habit was both the focus of trouble, with the high price is an extremely heavy channel ban for Nambo.

Accordingly, in the recent stream, Nambo has presented a challenge for himself in the game, and bet against viewers if losing will be subject to the punishment of the audience. Unfortunately, the streamer really lost, and the punishment shown on the screen was very fruitful, when the majority asked her to wear “underwear” on her head. Although he didn’t seem too satisfied with the punishment, Nambo kept his word and did it merrily. But unfortunately, when done, an alert was sent to her Livestream and the screen suddenly turned black, leaving only the voice that was not very calm by the streamer.

At the moment, it is not clear how much the punishment awaits Nambo, but only know that it is not simple. Since this is not the first time this streamer has created such a shocking challenge on the waves. This can also be considered as an expensive lesson for streamer girls when the use of tricks can completely backfire and lead to heavy penalties from the Livestream platform.