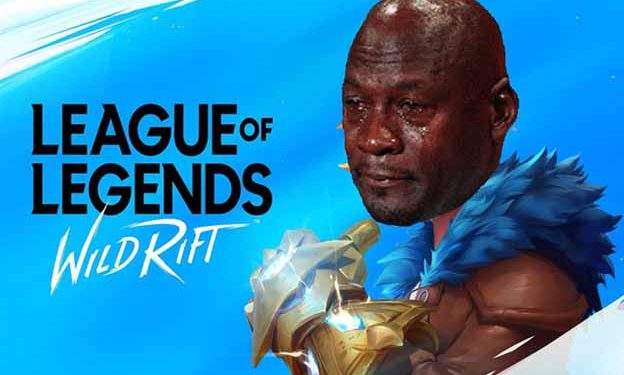 Wild Rift that couldn’t be launched – League of Legends: Wild Rift is almost impossible to launch in 2020. Partly because Riot still needs time to complete this game, partly because of this cause.

Despite owning a huge number of pre-subscribers around the world. However, so far, apart from the latest video released by Riot, there is no new information about the release date of League of Legends: Wild Rift. Most likely, this game will be late for gamers in 2020, despite rumors that Riot will launch League of Legends: Wild Rift later this year.

LoL: Wild Rift that couldn’t be launched in 2020 turned out to be for this reason!

Specifically, due to the global Covid-19 pandemic. The gaming industry is also an industry that suffered no small damage from this pandemic. Riot Games and League of Legends: Wild Rift are also the ones that have to suffer as a result of Covid-19 around the world. Therefore, Covid-19 is one of the reasons that not only League of Legends: Wild Rift but also many other hot game have to delay, even delay indefinitely, like The Last of Us 2. .

Most likely, gamers will have to wait until 2021 to be able to touch this super product. However, with the delay of the game so long, Riot may sprung League of Legends: Wild Rift to all countries and regions of the world, instead of choosing just a few country such as the previous products.