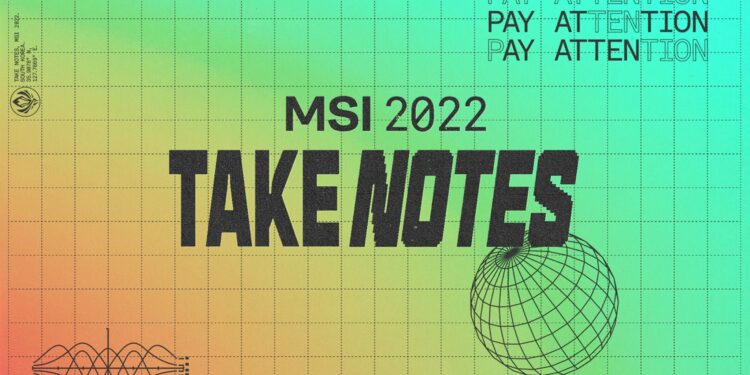 As “strong” teams have steadily emerged, the upcoming round of MSI is growing fiercer than ever

MSI 2022’s first stage has concluded, bringing top teams from across the world to League’s first international tournament of the year in Busan, Korea.

Only six teams were allowed to proceed to the Rumble Stage after a week of best-of-one matchups. The bright faces of the following round have been revealed, and they are all eager to battle for the tournament’s top four positions.

Group A: T1 and Saigon Buffalo

T1 in Group A has maintained their unbeaten record since the last LCK competition. T1 matches are quick to conclude.

After two years away from the international event, Saigon Buffalo has shown themselves as an underappreciated team at Mid-season Invitational. Although the opponent for the top six positions is not known until after T1, SGB is undoubtedly a team capable of creating the greatest shocks in the Rumble Stage.

Group B: Royal Never Give Up and PSG Talon

RNG’s performance is still extremely excellent despite participating in the tournament remotely from China due to Covid-19. Although having involved in the recent problems of the MSI 2022 event and having to battle back, their 6-win streak outcomes could not be more perfect.

PCS representative – PSG Talon is having a difficult time obtaining a ticket to the next round. PSG will need to do more if they want to stay with MSI, as their 3W-3L gap is nearly equivalent to the last two teams.

The only group that has 3 teams competing against each other has concluded and the result is not too unpredictable when G2 completely outperformed the other 2. With a record of 8W – 0L, and achievements from the LEC tournament, G2 is dominating.

Evil Geniuese, who competed for the second ticket, did not impress in the final group stage. Despite being anticipated to beat the EU in the rematch, EG continues to surprise fans with a 4W -4L record.

MSI Rumble Stage will begin soon, players can keep up with the schedule on LoL Esport.com.