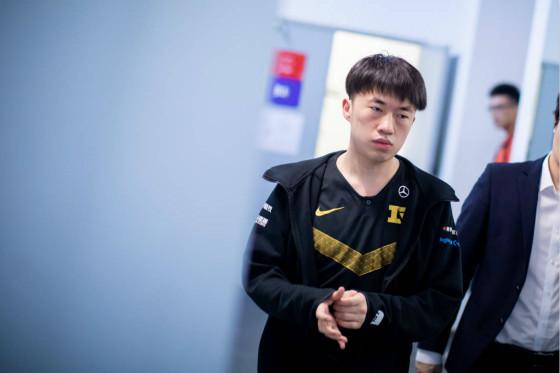 After their unexpected defeat to an already eliminated LGD, RNG continues their annual summer slump by getting eliminated from the playoffs by none other than the reigning Worlds champions EDward Gaming.

The Chinese squad has won both the LPL Spring Split and the Mid-season Invitationals in 2018, 2021 and 2022. Yet for some reason their Spring dominance never translates into summer and Worlds success. With the exception of winning LPL Summer 2018, they have finished poorly at both Worlds and LPL Summer Splits.

After their surprising defeat to LGD, RNG was seeded into the ‘death bracket’ with defending Worlds champions EDward Gaming and a seemingly unstoppable Top Esports. Their journey for Worlds through the playoffs certainly looked rough, but not many would think that it would end on their very first series.

After eliminating FunPlus Phoenix, a resurgent EDward Gaming faces RNG on round 3 of the LPL Summer Playoffs. Ever since their victory at Worlds 2021, the Chinese team has not found much success. They placed 7-8th in the Spring Split and finished 5th in the Summer group stage. Yet they seem to found themselves a second wind as Worlds 2022 approaches.

Off the back of strong showings from midlaner Scout and botlaner Viper, the Worlds champion puts a stop to RNG’s success streak and ambition. Fans have attributed RNG’s downfall to being behind on meta, as they’re unable to play Kalista/Draven/Sylas/Azir on the level of their competitors, poor draft as well as disappointing performances from midlaner Xiaohu and botlaner GALA

With this victory, EDward will face Top Esports in the Upper Bracket semis on August 22nd on their road to defending Worlds title. As for RNG, they will have to wait till the Regional Finals for their shot at a spot at Worlds 2022.

Meanwhile in the Korean LCK, GenG overcame LSB to officially qualify for Worlds